Challenges of recycling business in Serbia 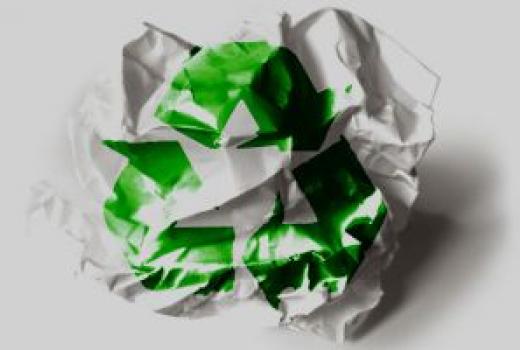 Challenges of recycling business in Serbia

Serbia opted for the collecting and recycling packaging waste model used in the EU countries, on the basis of Packaging and Packaging Waste Law which became valid in May last year.

Despite common belief, collecting and recycling plastic bottles and cans does not make quick and easy profit. In Serbia, it is public communal companies, which are already in charge of refuse transportation, that will either enter this business, or are already dealing with it.

This implies that individuals and small companies (up to 5 employees) are left with a short period of time to survive by collecting and recycling papers, plastic bottles and cans. As the process of collecting, baling and processing grows bigger, they will have to earn for living by cooperating with large companies or by opting for a completely new way of conducting business.

If Serbia remains consistent in the implementation of the new Packaging and Packaging Waste Law (which became valid in May last year, but it´s implementation has only just begun), over the following 2 or 3 years, the communal companies in the cities all over the country will impose themselves as large collectors of waste intended for recycling. They will also conduct this work for the manufacturers that are often not interested in dealing with recycling in addition to their main activities.

Namely, by May 23 of the current year, the manufacturers and importers in Serbia will have to hire a company which deals with packaging waste collection. Otherwise, the Packaging and Packaging Waste Law obliges them to pay fines of up to one million dinars (or 10,000 euros), and, according to the same law, they might lose their working license.

Manufacturers and importers in Serbia are obliged to organise collecting and recycling of up to five percent of their packaging by the end of the year, explains Rebeka Božovic, Secretary General of the Sekopak – a packaging waste management organisation.

She explained in more detail that domestic industry is thus prepared for the application of the principle known as ˝extended obligations of manufacturers˝. In other words, manufacturers, packers or package fillers who launch their products onto a market are no longer responsible only for making sure that their product is safe, but also for contributing to the recycling of used packaging, at least to a certain extent.

Serbia opted for the collecting and recycling packaging waste model used in the EU countries, and this problem is dealt with on the basis of Packaging and Packaging Waste Law which became valid in May last year.

In order that the whole system works, private collectors, operators, communal companies and recycling industry need to acquire new working licenses from the state by May 23.

The industry will hire operators, such as Sekopak, to collect and manage packaging waste for them.

According to Božovićeva, when it comes to collecting, classifying, baling, transporting and recycling, Sekopak opted for local self-governments, that is public communal companies from certain municipalities in Serbia, to conduct these processes on its behalf. The idea behind this is to change packaging waste management system in cooperation with communal companies.

This implies that manufacturers will thus subsidise communal companies, cince the whole process of collecting packaging waste costs more compared to the value of the secondary raw material gained by collection and recycling.

The money that Sekopak, as a non-profitable organisation, receives from the industry will be transferred to communal companies.

Sekopak, which operates according to the principles governing nongovernmental organisations, has already signed cooperation contracts with five municipalities in Serbia – Čačak, Niš, Subotica, Sombor and Leskovac. Ten more municipalities are planned to join in. Sekopak offers these municipalities education on the materials that will be collected and advices on how to make system for collecting packaging waste work.

In experts' opinion, a system for collecting as much waste as possible for less cost should be designed in Serbia.

Serbia will help local self-governments with mapping and removing wild landfills and strengthening communal infrastructure by purchasing trash bins. It is also important to focus on citizens´ education through various actions. Citizens´ response to separate PET packaging and cans collection actions in Serbia has always been good, but, according to experts, that does not represent a permanent solution.

In addition, communal companies need to be empowered to deal with this business, since the whole system should be prepared and designed so that by 2014 up to 30 percent of packaging waste is collected and recycled. Communal companies in Serbia are famous for high salaries regardless of the business results. But the emphasis is also put on the fact that restructuring is necessary for these companies and that companies will most probably be restructured through public-private partnerships.

Sekopak's experience with communal companies is highly satisfactory and the public-private partnership has just been made (Austrian Porr Werner and Weber has entered communal companies in the city of Niš and Leskovac in the southern part of Serbia).

The goal of the Packaging and Packaging Waste Law is regulating waste management from its creation to collection, transport, warehousing and final disposal. Additional goal is to apply modern principles of waste sorting, organise waste management and issue licences for its management.

Sekopak expects to become the first operator for managing packaging waste in Serbia. Sekopak and similar organisations in the country will represent a link between industry and communal companies.

However, it takes a lot of patience to wait until this system starts functioning. It will take almost two years of time for everyone to join the system for packaging waste management, and almost five years for the system to become completely effective, Božovićeva explains.

The Role of the State

Ministry of Environmental Protection of Serbia is constantly expressing the intention for improving the development of recycling industry. They claim that the state would provide every business dealing with recycling and preservation of living environment with 400,000 euro of loan through the Living Environment Fund. These businesses should be aware of the possibilities for opening new job opportunities in this sector.

With regards to this, Sekopak officials state that the state should not deal with recycling, but issue suitable laws that would regulate these matters. According to Rebeka Božović, good thing is that Serbia opted for the application of the packaging waste collecting and managing model that has already existed and had been used by 27 EU countries. This implies additional responsibility and expenditures for the industry, as well as new responsibilities for communal companies, but it also gives this country an opportunity to deal with the issue of packaging waste.

The Croatian model for PET packaging ransom will not be used in Serbia because it has proved to be very expensive. In addition, there were some separate cases of blowing the bottles and transporting them to ransom stations due to high ransom prices.

The bright examples of waste classification, such as the examples of Inđija near Belgrde and certain cities´ (e.g. Niš and Leskovac) initiatives, do not prove that Serbia has come far when it comes to recycling.

Belgrade, unfortunately, does not have waste bins for classifying waste since many companies started the collection process, but were not able to organise transport. They were obviously not well—acquainted with all the parameters of this business and they got carried away by the stories of quick and easy profit.

Recycling business requires significant investments and the estimates show that for cost effective minimum waste collecting network for the region with 100,000 citizens, 45,000 euros have to be invested, which presents an enormous sum for most of small businesses and individuals.

There are currently only a few companies in Serbia that buy off PET bottles. Some of these are the following: MIVA PET Inđija, GREENTEc from novi Sad, BRZAN PLAST Batocina, DENI PET Niš, and few local centres in Serbia and in the vicinity of Kraljevo, Apatin, Inđija, Leskovac, etc.

The current price of pet baled bottles classified by their colour is 110-240 euros per one tonne in dinar equivalent. In Serbia, one tonne of ground PET is bought off for 200 euros per tonne.

Robert O, a Roma man who moved to Belgrade a couple of years ago, says that his family earns its living by collecting papers, PET packaging and cans. ˝That is an enormous task, since large quantities should be collected to earn around 250 euros per month.˝ According to him, the ˝City Cleanliness˝ (public communal company in Belgrade) pays 3 to 7 dinars for one kilogram of PET packaging, and it is possible to charge up to 50 euros for 25 kilos of cans in the city.

He has long been contemplating on the idea of establishing a recycling company with a few more people. However, he calculated that buying a PET packaging press machine, without  separating labels and bottle caps, and covering minimum expenditures for the company with only a few employees, would require collecting half a million plastic bottles a month!


There were some initiatives from the Faculty of Technology to organise centres for packaging waste collection within city and green markets since these places are visited by many, or at some other location where classified and household waste is usually brought. But experts pointed out that it would be best to apply the system that already functions in EU. This means that Serbian industry would be obliged to begin by recycling 5 percent of its packaging. In the following year, they would be obliged to recycle double the amount – 10 percent.

According to him, monthly instalment for buying a PET packaging press machine would be 150 euros, so the business would pay off only after two years.

Still, Robert hopes that if communal companies entered collecting and recycling packaging waste business in large numbers (first of all, PET packaging and cans), there would be enough work all over Serbia for those who used to earn their living from collecting waste from landfills and trash bins, which would require minimum training.

According to data from some sites, only 8 percent of waste is recycled in Serbia, whilst standard European percentage is 40%. This truthfully represents the situation in the country, but it also indicates that if large communal systems cooperated with foreign partners (communal companies from EU with experience in collecting and recycling), they could make significant profit.

It remains to be seen whether the National Employment Service of Serbia will recognise the individuals, current ˝paper, iron and packaging collectors˝, as individuals that might become a part of the huge system for ˝removing waste from Serbia˝.