How to Turn Shame into Pride 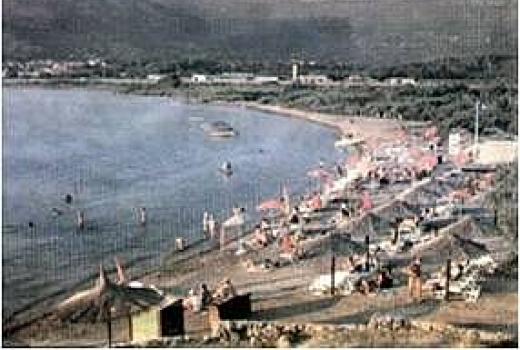 How to Turn Shame into Pride

Out of all the flags that exist, Montenegrins favor two the most – the national flag, understandably so, and, as runner-up, the “Blue Flag".

The environment was determined a constitutional category by the Yugoslav 1974 Constitution. 17 years later, the Parliament of Montenegro adopted the Declaration on Montenegro as an Ecological State on September 20, 1991. Thus its 1992 Constitution defines it as a democratic, social, and ecological state. By becoming an independent state, Montenegro built in the term “ecological state” in its highest legal document.

This created the legal framework for the implementation of activities undertaken to achieve a healthy environment and, consequently, a happier existence. Montenegro, located in the northeastern portion of the Mediterranean, is a relatively protected part of the European continent. Tall mountains with relatively developed eco-tourism and over 185 miles of the eastern portion of the Adriatic’s coast spread over its territory. The natural features of Montenegrin beaches are their diverse morphology, a mild climate, and many valuable sites of culture and history. Increasingly rapid economic growth is tarnishing the beauty of the area and causing increasing ecological disasters in the most beautiful part of the country.

The beaches have come to reflect our upbringing.

The struggle for the preservation of the environment, the gem of Montenegrin tourism and the bearer of the total development of the state, started in 2003 after the launch of the “Blue Flag” campaign. At this time, the non-governmental organization ECOM became a member of the Foundation for Environmental Education (FEE) and thus gained the right to act as the National Blue Flag Operator for Montenegro.

ECOM works in cooperation with the Public Enterprise for Coastal Zone Management of Montenegro, its general sponsor. In addition to financial and organizational support from Coastal Zone Management, the Blue Flag Campaign in Montenegro is supported by the Ministry of Tourism of Montenegro, the National Tourism Organization of Montenegro, the Montenegrin Red Cross, coastal municipalities, and local eco-NGOs. In addition to a high level of interest from beach users, this is the reason for the growing popularity of this international award for high ecological, safety and service standards in beaches.

The campaign was initially exclusively European, but spread to other continents in 2001 – it is run in South Africa, 6 countries of the Caribbean, and in New Zealand. The Blue Flag family of states is joined this year by Morocco, Canada, and Poland, while Romania and Russia are undergoing a pilot stage.

Awarding the Blue Flag is based on compliance with criteria in four areas: water quality, environmental education and information, environmental management, and safety and services.

In addition to routine activities on organization and cleanliness maintenance, the beaches organize an equipped lifeguard service and place information boards with a code of conduct and information on the Blue Flag campaign and environmental protection. Water quality analysis is conducted from May through September, the results of which are visibly displayed.

Reducing and recycling waste is promoted by placing disposal bins for separating waste, and the most interesting obligation of Blue Flag beach users is the organization of 5 ecological in-season activities of a promotional and educational character.

The most positive example of the Blue Flag campaign in Montenegro is the Kalardovo Beach. Participating in the pilot stage in 2004, it was nominated as the most beautiful beach in Montenegro two years later as part of the activity “Wild Beauty of the Environment.”

It took the beach contractor, brothers Dragan and Dejan Marić, only a few years to turn a local waste dump into one of the most beautiful beaches in Montenegro, waving the high eco-standard Blue Flag symbol for 7 years and running.

Kalardovo Beach is located in the immediate vicinity of the airport in a natural cove with a sandy seabed and has become a genuine youth paradise. Beach users enjoy the natural treasures of the Mediterranean during the day and enjoy seafood delicatessen from the same source at night.

Kalardovo Beach is a telling example from Tivat. It may not be the most beautiful, but it is surely the most organized. At times, the site is a paradise for the soul – a paradise for families with children, youth, and disabled persons who also get to enjoy spending time by the sea.

Environmental activities and excursions to the natural bird habitat of Solilo in the immediate vicinity are organized on a regular basis. Continuous water control and international Blue Flag criteria check-ups are the beach’s guarantee of respect and enjoyment.