The Nišava is not suitable for bathing 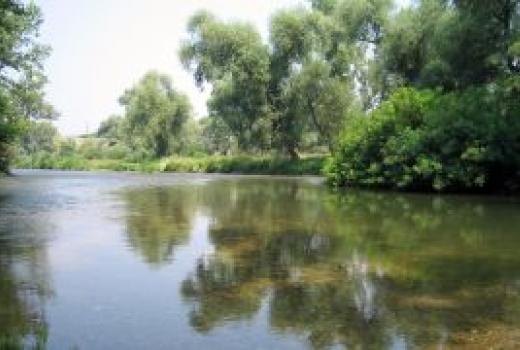 The Nišava is not suitable for bathing

While the river is waiting for modern purifying systems, communal police and projects that would raise its cleanliness level, it would be best to start changing things that do not require resources.

Due to presence of feces, bathing in the Nišava has long been forbidden. Water quality varies depending on the measuring spots. Waste waters are not the only pollutant. Landfills by the river ranging from the center of the City of Niš to the rural areas of south-east Serbia also cause problems.

Apart from thirty landfills that appear on daily basis and waste waters that pour into the Nišava, this river has not yet been classified as worst polluted river. By no means should this data appease local citizens and authorities, since it is only a matter of time when human factor would be considered more important and this river thus destroyed. Households, factories, public companies, they all release their waste waters that bind oxygen and this river becomes ˝dead˝. Waste matters that end up on the river's bed remain there for 50 years, and lack of oxygen affects negatively flora and fauna.

Ljubinko Petrović tells his story of the river from the perspective of an old inhabitant of Niš and a passionate fisherman. ˝We used to bathe on this very spot and we could not wait for the weekends and holidays to come. It was more beautiful than at the seaside. Our children used to learn swimming in the river, and there is no better swimming teacher than the river itself. Children used to bathe in it and fish and crabs abounded. When I look at the river today, it reminds me of what we are turning into˝, says Ljubinko with sadness.

Now that we had to say goodbye to the Nišava as a river suitable for bathing, it would be useful to improve the quality of water used for drinking. The water entering the city belongs to the second category and the water exiting the city near the Medoševac village is sometimes outside any category. The sewage is released into the river at that spot and when the river swells, this presents a huge problem for the local citizens. Constructing the water purification system would solve so many problems. Plans for such construction should be made both at the city and state level because such machinery costs a lot. For the time being, until the conditions for constructing such a system are met, we should try and use the available resources for preserving the life of the river and people’s health. Until the system is constructed, all the efforts should be invested in developing the projects since that is the only way to acquire the assets, says Dušica Milenković,  an Environmental Protection Engineer. ˝The project of environmental protection and preservation is extremely expensive, but it is also profitable and necessary for the future˝, she adds.

Waste waters are controlled and those who release them are obliged to purify them. However, it is hard to control the actions of individuals and the extent of their violation of eco-systems. At certain places, river banks have been turned into cattle cemeteries and cattle corpses have ended up in the river. Household appliances, old furniture and piles of waste are a regular site you come across while walking by the river. It’s obvious that communal police would help solving this problem to some extent.

While we are waiting for modern purifying systems, communal police and projects that would raise the cleanliness level, it would be best to start influencing people’s consciousness and changing things that do not require resources. The Nišava is our river. It surrounds us and by saving it, we are saving both ourselves and generations to come.