Project brings damage to the environment 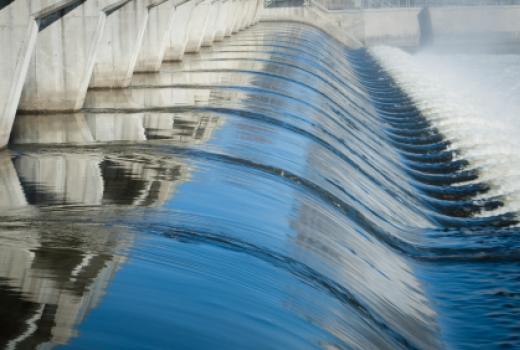 Project brings damage to the environment

Academics, professors at the Faculties of Natural Sciences, non-governmental organizations and Environmental protection fund all object to the plans to build four hydroelectric power plants.

In bureaucracy circles in our country it can be often heard that Montenegro is in architectural and economic sense, in richness of its culture, tourist offer and the beauty of its untouched nature, increasingly resembling developed European countries. The question then is: how does the fact that the government is planning to build four hydroelectric power plants on the Moraca river fit into that? Namely, the government is planning to invest 534 million euros into this project. Four foreign companies worked on the plan and they used the 40 years old data. Branimir Gvozdenovic, the Minister of Environment and Spatial Planning, believes that the project is highly profitable; it can provide sufficient ammount of electric power, and, at the same time, stimulate local economy, improve rural infrastructure, and motivate people who had left this area for economic reasons, to return.

’None of the comercial companies havent been hired for the Moraca Project, we used the World Bank resources. Do I have to mention other activities conducted in order to preserve Skadarsko Lake and integral management of eko-system of Skadarsko Lake? We need to invest a lot in distributive network which would create conditions for decreasing those losses to 4.5 to 5.0 per cent or 5.5 to 6.0 per cent. It is necessary to invest 491million euros’.

People who live in the area planned for flooding after the hydroelectric power plant is built, are, due to the pressure of the stories about economic prosperity, willing to sell their houses, which have been their homes for centuries. Unaware of the consequences it may have on the flora and fauna, they say that maybe some other species might populate this area.

’Of course that money plays the crucial role. That is because this area has no perspective.’

’None of the locals can joy while ther homes are being flooded. But, if it is in the interest of people, of the society, if our youth will be better-off, and if it helps to those people who are staying, then it is better that it is flooded. Maybe some other birds would settle here, maybe they would be more beautiful than these ones we have.’

Academics, professors at the Faculties of Natural Sciences, non-governmental organizations, Environmental protection fund (14,000 people from the country as well as from abroad have signed the petition) all object to building the dam. Green Home, a non-governmental organization, led the Pamet u glavu, plan na popravni (Be smart, make the plan take another exam) campaign, whose main goal was to raise awareness of the citizents on environmental issues and to show how fatal is the project for biodiversity of the Moraca canyon and Skadarsko lake. Darko Pajovic, the executive director of the organization, says for RTV Montenegro:

’We represent implementation of European standards and norms. This obsolete concept is simply not acceptable, because it brings major damage to the environment. Disturbances in the ecosystem lead to reduced incomes, reduced crop yields. The disturbances affect fish population as well.’

Experts from Croatia and Slovenia agree there is not enough data for the building of the dam to begin. Finally, even if their statements prove to be false, the concessionaires will benefit the most from it, most likely the Italians, who will flood our country and sell the electricity at their own price.