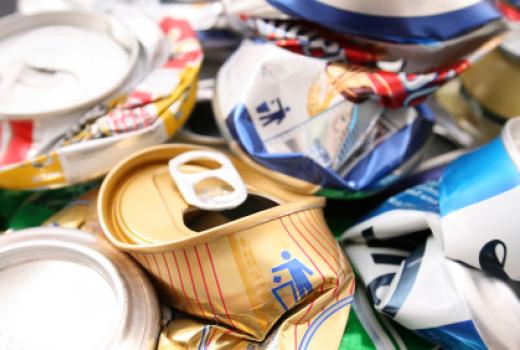 Citizens of Serbia have for long time been living with one paradox– they are not rich enough to properly manage waste, so it is easier to spend billions of dinars to remove illegal landfills.

Borko Ivanovic, from Novi Sad could receive lower electric bills, only thanks to the ammount of junk he produces. The light in his home and warm radiators could work by only one power plant built on regional landfill. For that, however, his way of living should be closer to European standards. At the very start he should have a regional landfill.

In Milano, an Italian city with population of 1,300,000, almost one third of the people living there use electric and thermal energy which come from the recycling plant. In Vojvodina, about 200,000 tonns of waste is collected annually, which is more than combusted in the plant in Milano. Citizens are, however, still dependent on unstable system, electricity is imported, and there is increasing number of illegal landfills. Citizens of Serbia have for long time been living with this paradox – we are not rich enough to properly manage waste, so it is eazier to spend billions of dinars every year to remove landfills which, in record time self-regenerate.

Termal energy gained from 1 kg of waste is enough for eight short showers with temperature of water 32.5˚C.

*data of AMSA company from Milano.

After series of environmental laws had been passed last year, we started to think more pragmatically. Obligation of all minicipalities is to prepare local plans of managing landfills until May – which would include a clear direction  with goals and realistic possibilities. Novi Sad is very close to that, says Zivko Makaric, a member of the City Council in charge of finance.

’Our final goal is recycling, and our first step is modernation of the existing plant, where waste is phisically separated. This year, we are going to make separation of organic waste possible, after that, we are planing one more plant, and we are going to invest about one million of euros into that’, says Makaric.

The final goal, however, seems so far away if we consider the fact that in Novi Sad, eventhough the biggest city in the region, there is still no sanitary landfill. The attempt has been made, by introducing special waste bins for paper and PVC packaging, but the significant progress hasn’t been made.  Every person from Novi Sad produces approx. 1.14 kg of waste on daily basis, and a large part of it ends up on the street, eventhough there is an organized system of collecting and taking the waste away. Only last year, Public Communal Company Cistoca (Cleanliness) removed almost five thousand illegal landfills in the city area. In 2009 negligence reduced the budget for 350 thousand euros, which is almost four time higher amount than the amount this city invested in employing young people.

At the region level, the amount is significantly higher. According to the data of Department of Environmental Protection Engineering, at the University of Novi Sad, illegal landfills cover around 450 ha in Vojvodina. What could grow from the soil, sawn with mainly biodegradable waste, has been shown by a survey on the possibilities of exploiting waste in order to produce energy in Vojvodina, conducted by the experts from the Department and on the request of the regional government.

According to prof. Goran Vujic, the head of the Department of Environmental Protection Engineering, when we take into account the waste composition and payment ability of citizens, the most rational solution for Serbia are sanitary landfills:

’Landfills are certanly the worst solution when we talko about environmental protection, natural resources preservation or exploiting landfills for producing energy, however, when we talk about waste, we talk about high numbers. It is absolutely in ’accordance’ with the domestic products, or, simply said, completely dependent on the budget.’

Currently, landfill is the only possible solution, the only solution citizens of Serbia can finance. The price of properly deposited waste is around Є20, which is several time less than the price of the most advanced waste treatements used in western countruies.

’It is primarily a project for protecting the environment and preventing methan from venting freely into the atmosphere, which is prohibited by the European environmental directives. Furthermore, a certain amount of useful energy would be produced’, says professor Vujic. According to his estimation, it is a cheaper energy, but it would be insufficient. At the landfill of 17 ha, for example, produced methane could be sufficient for only one 3MW machine.

Survey on costs of exploiting the methane around the world suggests that investments go from 1,550 to 2,250 of american dollaes per kW of installed electric power. Incomes, on the other hand, depend on the type of produced energy. The data  of Department of Environmental Protection Engineering show that the price range is 0.01 – 0.08 dollars per kW/h, with the average price 0.04 dollars.

Eventhough energy efficiency has become a common issue after the gas crisis, and especially after the Government decision from November last year for subventing green energy which includes waste, it is a very expensive investment, which, at this moment, we cannot afford.
Combinatin of electric and thermal energy can be achieved only by combustion or incineration. One such plant, with built in apparatus for removing harmful gases, costs tens of millions of euros. This would cost citizens from 60 to 130 euros per ton. The question is however: why don’t we use the possibilites we have? Professor Vujic mentions the assesment that in the cement plant, near Novi Sad, 15 to 20 per cent of city waste could be incinerated, with additional measures for environmental protection. That is approximately 20,000 tonns of waste, the ammount sufficient for producing electricity for 4,500 homes in Milano.

At the moment, a great progress would be building the regional landfill in Novi Sad.
’We only need to sign the agreement with one of the SouthBacki District municipalities in order to make it really a regional landfill’, says the member of City Council in charge of finance Zivko Makaric and adds that the money will be provided from EU funds or by emitting municipal bonds and most likely by forming some kind of private-public partnership. Eventhough the Local plan of waste management has not been finished yet, there are parties interested in concession. According to Makarevic, interested parties are big companies from Italy and Austria.

’It is a really good, but, at the same time, dangerous solution’, says professor Vujic. Eventhough this kind of partnership is a common practice in many parts of Europe, there is not a formula or a tutorial for choosing the best possible partner from private sector. It is also impossible to ensure that this partner to act according to the agreed obligations.

’The question is: what if the partner from private sector undergoes bankruptcy in 15 years time? What would happen to the landfill? If we take into consideration bank warranties, than the private sector participation costs a lot, and due to that private partners are not ready to enter the business’, explains professor Vujic.

This is rather futuristic thinking, because in order to have such kind of landfill, we primarily have to modernize the existing plant and build another one, for manual separation of waste. Only then we can look for a partner.

Even if Serbia catches up with Europe and achieves the economy growth of 4 per cent, the experts predict that in 2012 we could deal with electricity insufficiency. It means that we would be forced to import electricity which would cost Electrical Power Industry of Serbia millions of euros. For the citizens it means gradual increase in prices every year.

So, unlike the citizens in Milano who, already in 2001, were among the first in Europe to recognize the potential of their waste, Borko Ivanovic from Novi Sad will, ten years later, pay big money for the electricity in his home and at the same time live in darkness of first steps in waste management.