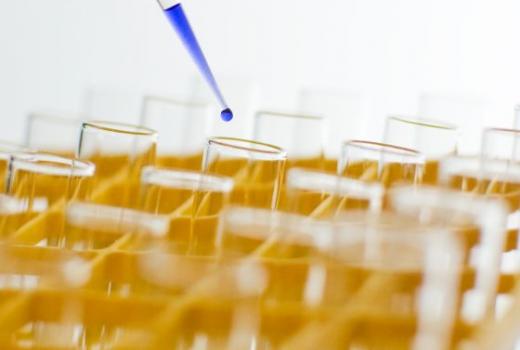 The awarded South-Korean investigative reporter of MBC-TV Han Hak-Soo exposed to his nation a fraud of their national hero. In the process, Han has admittedly over-stepped the ethical principles, and suffered professional and public discrediting. When it turned out his information was accurate, he earned appraisals, but not before the journalist and his family had to survive excommunication, threats and public invitations for lynching.

Television news producer Han Hak-soo has been on a professional roller-coaster ride following the abrupt suspension of his documentary disputing the research of scientist Hwang Woo-suk earlier this month, and its equally abrupt resumption a few days later. The program "PD Notebook" on MBC-TV was going to take the dramatic step of reporting accusations that Hwang's research was fraudulent. But the investigative news show was put on hold after members of Hwang's team accused Han of unethical practices during their interviews with him.

While officially apologizing for a violation of journalistic ethics, the staff of "PD Notebook" grew increasingly concerned that the misconduct of Hwang would be left unreported and unchecked. "I was afraid the truth would be buried forever. For ten days before the program was resumed on Dec. 15, each day felt like a year," 36-year old Han said in an interview with The Korea Herald. "It was not a matter of my honor, but the honor of 'PD Notebook' with its 12-year history with MBC."

With chances that the documentary would be broadcast growing slimmer by the day, Han considered submitting his evidence to prosecutors and request an investigation into the allegations. "I even thought of holding a new conference at the prosecutors' office. I had secured proof, including the testimony of Kim Seon-jong," he said. Kim was Hwang's junior researcher who played a key role in producing a fraudulent research paper on patient tailored stem cells. Fortunately for Han, another highly placed Hwang associate Roh Sung-il revealed on Dec.15 that Hwang had fabricated the data in his research findings. MBC immediately gave the green light for the documentary to broadcast that same night. Investigators at Seoul National University later confirmed that Hwang's team did not create patient-tailored stem cells, something that had given hope to patients currently suffering from incurable diseases. Han had discovered that all the cell lines created by Hwang and his team were not patient-tailored, but instead were ordinary stem cells taken from a fertility clinic.

"The discovery drove me nuts. Before that, I thought Hwang had maybe exaggerated his research. But none of the cells turned out to have existed." "(I threatened Kim because) I thought Kim was one of few people who could tell the truth. But I overstepped journalistic ethics," said Han. MBC fined Han a portion of his monthly salary as a disciplinary measure.

Han began his investigation into Hwang's research in June 2005, alerted to possible wrongdoing by former members of Hwang's team. "At first, I could not believe what they were saying. But I could not ignore the tips because the sources seemed to be reliable and sincere," he said. The whistle-blowers are now facing problems of their own, Han said. "They are being but under pressure. I feel sorry for them." While producing the program, Han said he was worried about a possible backlash from the scientific community, the media and the public. "First of all, the article was published as a cover story of respected journal Science that has a 125-year history. Some papers in the journal were later proven to be fraudulent, but to my knowledge, none of them was a cover story." The second concern was possible criticism from within the local media which has lavished praise on Hwang for the past six years. "I expected them to rush to bite me. Their previous reports now proven to be wrong."

But Han's biggest fear was a backlash from the general public who considered Hwang to be a national hero. "I thought I would be condemned by them even though I presented concrete proof." And Han said ruefully: "That fear came true in the end." Han has received threatening phone calls and text-messages and had to be accompanied by a body guard. His wife and 6-year-old daughter were also forced to go into hiding as angry Hwang supporters posted their family pictures on Internet bulletin boards. The scientific community also criticized the media for daring to question scientific achievements. They said scientific works can only be tested by scientists, not by journalists who have no expertise or qualifications. Han responded by saying the scientific community cannot avoid scrutiny by the media which are the "eyes of the people." "There is no sanctuary from the media," he said. Han said that if science reporters had conducted proper research in the beginning there would have been no need for his documentary. However, he said their internal monitoring of stories and sources was ineffective.

Han now considers himself something of a minor expert in stem-cells after reading Hwang's research paper more than 100 times and after poring over other related material. "When I first read the paper, I had no idea what it was saying. But now I think I understand the field quite well." Han described Hwang as a bold person who told clever lies. "I have never seen a person like him," Han said. Hwang has not apologized for his misconduct even though he had several opportunities to do so, Han said. "He had three chances to confess his misconduct, but missed all of them. Even if he did apologize now, I doubt people would believe him again." Han, exhausted from the stem-cell debate, plans to take a holiday and rest at home. "I will take care of my health. The story was killing me. I lost my appetite," he said.

Han, who majored in business at Seoul National University, joined MBC-TV in 1997. He has received several awards, including the 'Investigative Reporting Award of the Year' by the Korean Association for Communication and Information Studies in 2003.