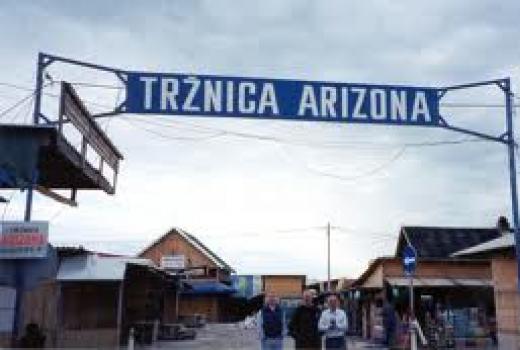 To produce this series, an all-Balkan team of seven journalists and a photo-journalist from Bosnia, Croatia and Serbia went in spring 2002 to the infamous Arizona Market in the Brcko District of northeast Bosnia Herzegovina to investigate the coming showdown between its western style future and its lawless past.

Long a source of embarrassment to the international community as a home for organized crime, the market has the promise of a new future when Italproject finish rebuilding the market (started in June 2002) as a snazzy upscale shopping center.

But can the international community and local authorities keep organized crime out of the new market?

The project also introduced the Balkan journalists to the team reporting concept where reporting and writing duties are shared, so none of the stories carry bylines.

The reporting team’s work was funded by IREX ProMedia, an independent U.S. contractor funded by USAID.