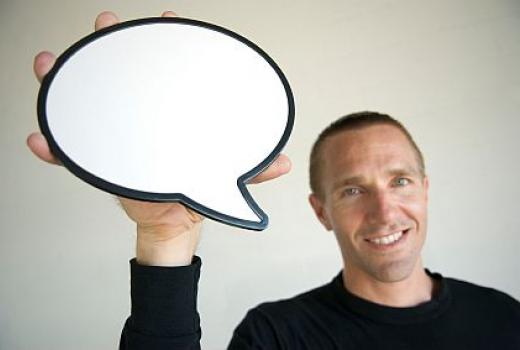 We all know who they are. Not quite household names, but well enough known to be recognized by regular media audiences and readers, they usually feature next to a quote expressing outrage about the latest political, legal or social development. Often, the word “expert” appears next to their name, though the subjects an expert of this kind commentates on may range from suspended sentences to TV violence.

They are ‘rent-a-quotes’, usually people with some type of public function, whose seemingly constant presence in the media and ability to provide a quote on almost any topic makes them the darlings of journalists.

The following text offers some recent examples from Australian media, yet such people, and the media who regularly interview them, exist everywhere.

But is resorting to quoting these individuals too often the best way to serve the public - which consumes the media to be informed about current events and take part in public debate?

As an experienced reporter on a major metropolitan daily broadsheet in Australia, last week I came across the following scenario while searching for an expert in a particular area of psychology.

A teenage girl had posted pictures of nude footballers on Facebook. The football club in question took legal action. The pictures were removed. In countless interviews, the girl then said she had had group sex with several players from the club. A public debate ensued on group sex in the Australian Football League. Some insiders claimed it was a widespread practice. I was tasked with investigating whether there was more to these claims, as much as one could do, for the next day’s paper.

Aside from interviewing people in and around the football world, I had to speak to a psychologist who specialized in sexuality. It would be a bonus if they also happened to have studied the behavioral patterns of professional sportsmen. I rang a dozen academics through their universities who seemed to fit the bill. Several did not and said so. Several did, but did not wish to comment.

Next, a psychology lecturer and author of several books – R.B.  - returned my call, saying that while she had never conducted any scholarly research on either of those topics, she “could certainly talk to you about it because I’ve often publicly commented on such matters in the past”. I politely declined. A later search of this woman’s website revealed links to many of her media appearances. A digital library search of her name in all Australian newspapers revealed countless references to over 20 topics, not all of them related to psychology. She finished the phone call with “If you change your mind, or you have another area of interest I can comment on, please call back.” A more ethical response may have been “I’m not the expert in that field, but I can pass on the phone number of a colleague who is”.

Luckily, I did find someone who could explain why professional sportsmen may like to engage in group sex. A TV reporter for a commercial television station may not have. I saw R.B. interviewed about the topic on that night’s news bulletin. She did speak in sound bites but her views were far from informed. I wondered if R.B.’s phone number had made it to the reporter’s contact book with the words ‘good talent’ written in brackets.

The nude photo scandal continued to dominate headlines for a week. On day four, a court hearing took place over the copyright of the photos, which was duly reported as soon as all media left the court. With nothing but the previous day’s court hearing  - which was online as soon as it happened - to write about for the next day’s newspaper, one reporter sought the views of P.C., a former footballer (tick), who also happened to be a women’s rights campaigner (tick) and one-time politician.

His view was the lead to the story. He “warned of a backlash” against the football club in question. His views were not elaborated on until the last three paragraphs. P.C. said that while the player whose privacy had been breached was entitled to be angry and the club was entitled to legal action, “the club riding roughshod over her will get no sympathy from me and will run the risk of being pilloried in the community”.

For context, P.C. is a frequently quoted public commentator on all manner of things affecting the public. He is a tireless community activist, but one who has almost become a victim of being quoted too often. His terminology, as well as his views, are predictable, and in this case, added very little to the debate apart from a colorful quote.

Recently, a change of government in the Australian state of Victoria brought a promise of laws to abolish suspended jail sentences. This came as welcome news for N.M., president of a local victims of crime group, who had often been quoted as saying that “violent criminals need to be locked up, not given suspended sentences”.

N.M. has an important and admirable role as head of an organization that provides support for and lobbies on behalf of victims of crime. But perhaps it is his outspoken nature that has made him the go-to man for the local media for all things crime, especially when deadlines are close and other commentators hard to find.

Last year, as a spate of incidents of public drunkenness resulted in many violent assaults on the streets of Melbourne, N.M. suggested, via Australia’s biggest-selling daily newspaper, that “there should be zero tolerance, with a mandatory minimum sentence of one year for any crimes of violence”.

"The streets are full of drug traffickers and users and they know they will not be seriously punished if caught because we've got a soft government and a soft police command and they're conspiring with each other," he said. "Then you've got the judges who all come from bleeding heart backgrounds."

His comments were reported in a story about the Premier and police commissioner calling on the public to help quell the crime epidemic. Here, he was quoted on sentencing (on which he is not an expert) and gave a predictably biased view about the judiciary.

A quick search of N.M.’s name in the digital newspaper library for the past year reveals countless mentions on topics ranging from school bullying to crime TV shows based on real events. The words “outrage” and “disgrace” are a common accompaniment.

Seek and you shall find

What these examples show is how easy it is for journalists to fall prey to calling the same people to get the same or similar view on a popular topic while facing tight deadlines. Knowing they are always happy to offer a quote, it is indeed easier to call a frequently-dialed number than spend hours searching for other voices, sometimes with no result.

But surely, by further promoting self-promoters and giving more oxygen to those whose views are unsurprising and sometimes unnecessary for the writing of a particular story, we are doing the public a disservice.

One of the pillars of journalism is to serve as a platform for public debate. An informed debate is impossible without several views on any topic, communicated by varied voices. So if you are looking for an expert in a particular field, it is not difficult to Google, or ring a university, professional, trade or civic organization, or even a public relations professional who might help you find a suitable commentator. That way, the public will truly be better informed while you may well add another “good talent” to your contact book.