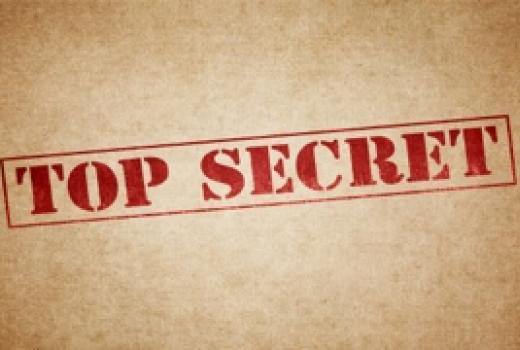 While WikiLeaks founder Julian Assange remains in a London prison awaiting possible extradition to Sweden on rape allegations, information from hundreds of thousands of secret American diplomatic cables is leaking with the same intensity as in previous weeks.

United States authorities, eager to stem the seemingly never-ending flow of WikiLeaks information, is scrambling to find adequate laws to prosecute Assange. Some politicians are apologizing to each other, embarrassed after their private – and undiplomatic – opinions about international partners reached the light of day. Others are sourly laughing off media questions about their own gaffes published by WikiLeaks, while refusing to comment.

Debates are being held around the world on whether Assange is a criminal or a hero, whether you can trust everything you read, whether the publication of certain cables will harm international diplomatic relations and people’s lives and which secrets should never become public.

From war mongers to gossip merchants: a short history of WikiLeaks

WikiLeaks has existed for three years. Its founder is Julian Assange, an Australian citizen with countless international addresses. Until now, WikiLeaks has, among other things, published tens of thousands of secret military reports about the wars in Iraq and Afganistan, Guantanamo Bay protocols and  the contents of former American presidential candidate Sarah Palin's personal emails.

In April, WikiLeaks shocked the public by the uploading of a video showing American soldiers firing on, and killing, Iraqi citizens from a helicopter gunship in a Baghdad street in 2007. American intelligence analyst, Private Bradley Manning, 23, is currently on remand charged with copying and distributing this video along with 90,000 secret documents on Afganistan.

Assange threw the latest “grenade“ in the war for freedom of information at the end of November, when WikiLeaks published its newest package, of about 250,000 cables from American embassies around the world. The public has so far learnt that US Secretary of State Hillary Clinton spied on the United Nations Secretary-General Ban Ki-moon and wrote that Saudi Arabia was the world's biggest financial backer of Islamic terror groups such as Taliban and Lashkar-e-taiba. The cables also revealed that Saudi Arabia wanted the US to bomb Iran, while Iran apparently financed many military and religious leaders from Afghanistan and trained Taliban soldiers. Also, former Australian prime minister Kevin Rudd (now the Foreign Affairs Minister) apparently advised Ms Clinton to use force against China if this country refused to integrate in the international community.

Apart from cables of international importance, there were a few bits of insider gossip too, with world leaders in starring roles. If they are to be believed, German Chancellor Angela Merkel is a “teflon politician“ who evades conflict, French President Nicolas Sarkozy is an impulsive and hyperactive autocrat, while Russian President Vladimir Putin heads a “mafia state“ and has dodgy private dealings with his close friend, Italian President Silvio Berlusconi, who enjoys “wild parties“.

The truth and its new messengers

Besides the cables first published by WikiLeaks – later reported by media worldwide – this organisation enabled the exclusive reporting of certain documents by selected daily newspapers such as the American New York Times, English Guardian, German Der Spiegel, Spanish El Pais and Australian The Age and The Sydney Morning Herald.

While debates swirl whether and how Assange should be legally stopped from releasing secret documents in the future, it remains questionable whether the authors of texts from the above media organisations, or their editors, would also be prosecuted and on what basis.

While debates swirl whether and how Assange should be legally stopped from releasing secret documents in the future, it remains questionable whether the authors of texts from the above media organisations, or their editors, would also be prosecuted and on what basis.

Leaving discussions about the cables’ content and possible national security risks to one side,  the fact remains that investigative journalists have for decades done what WikiLeaks is doing now. The information Assange got from his sources is the electronic version of the “brown paper envelope”. Journalists worldwide have been receiving secret documents from many sources  - including diplomatic ones - for decades, to publicize the sometimes dubious actions of their governments and enable citizens to be truly informed about the deeds of their elected officials.

More readers first learnt of the contents of the secret cables via traditional media than directly from the WikiLeaks website. The existence of this portal, however, enabled the spread of information but also lead to many ethical, legal and journalistic questions.

Before he was arrested in London, Assange wrote a column for the daily newspaper The Australian, in which he explained that the founding idea for WikiLeaks was using the internet “in new ways to report the truth”.

“We work with other media outlets to bring people the news, but also to prove it is true,” he wrote. “Scientific journalism allows you to read a news story, then to click online to see the original document it is based on. That way you can judge for yourself: Is the story true? Did the journalist report it accurately?”

It is impossible to say whether every last bit of information contained in the cables is true – including some of the juicier pieces of gossip about world leaders – as they are refusing to comment.

Certain information revealed by WikiLeaks – such as the Iraq video – is clearly of public interest. It is far more difficult, however, to justify publishing the names of NATO's informers in Afganistan, which has, according to American authorities, raised the possibility they could be killed by the Taliban. But Assange claims the Pentagon has said there is no evidence that WikiLeaks' publications have endangered anyone's life in Afganistan, a statement apparently echoed on CNN by NATO representatives in Kabul.

Who is to blame and why?

While it is clearly illegal for a government employee with top secret clearance to hand over documents to WikiLeaks, it is unclear why it would be illegal for WikiLeaks to publish those documents. American authorities are still guessing what charge they could lay against Assange while they scramble to stem the international dissemination of the secret cables.

Since 1917, according to American espionage laws, it has been illegal to “deliberately communicate” state secrets which could endanger national security. However, American authorities have traditionally respected the First Amendment, which guarantees the freedom of speech and the press, although it is unclear whether Assange would be considered to be a journalist.

American Attorney-General Eric Holder has raised the possibility of charging the Australian with espionage – a crime for which the maximum sentence is the death penalty – or at least possessing stolen goods.

The fact that American justice authorities are still unable to specifically say what crime Assange is thought to have committed shows that they, like world diplomats, are in unchartered waters in the WikiLeaks affair.

Since 1917, according to American espionage laws, it has been illegal to “deliberately communicate” state secrets which could endanger national security. However, American authorities have traditionally respected the First Amendment, which guarantees the freedom of speech and the press, although it is unclear whether Assange would be considered to be a journalist.

The US Supreme Court has said in a precedent that the “innocent receiver of illegal information” is usually protected if they publish the above. If Assange can prove that he did not seek – only that he received – the secret cables from his sources, he is legally in the clear.

Another fact complicating the American investigation is the possibility the UK may extradite Assange to Sweden due to rape allegations in that country. If the US was to seek his extradition to America in the future on espionage allegations, Sweden would not agree to it. Nils Rekke, legal department chief of the Swedish Prosecutor's Office, told reporters in Stockholm that crimes of a military or political nature were excluded from the US-Swedish extradition treaty. He added that any extradition request had to be grounded in firm evidence and the crime for which an accused was sought also had to be punishable under Swedish law.

Australian Prime Minister Julia Gillard also said that the “foundation stone“ of Assange's actions was an “illegal act“, but did not elaborate. Australian Attorney-General Robert McClelland said even before Assange’s arrest that Australian authorities were investigating the possibility of having him charged.

Many political commentators in Western media have claimed that the WikiLeaks affair would change absolutely nothing in international diplomacy. There have always been, and there will always be, undiplomatic cables, and it remains to be seen whether any diplomat – or even politician – will lose their position because of embarrassing secret cables.

And when that source dries up, incidents such as the WikiLeaks affair will continue to happen from time to time through electronic interference. Someone, somewhere, always has access to some secret information. All you need then is another source such as Private Manning and another publisher such as Assange.

In Australia, for example, a series of American embassy cables almost politically terminal for Foreign Affairs Minister Kevin Rudd have been published in recent days, detailing his (un)diplomatic behavior while he was Prime Minister. Rudd, depicted in the cables as an arrogant autocrat, told Australian media that ”frankly, I don’t give a damn” about such claims, while Ms Gillard, Ms Clinton and the new American Ambassador in Australia, Jeff Bleich, rushed to praise him as a respected statesman.

It remains to be seen whether the US will do anything to change its rules about access to secret documents, given that the documents allegedly given to WikiLeaks by Private Manning could also legally be seen by at least another million American government employees.
One thing is certain. Regardless of possible charges against Assange, WikiLeaks will continue to publish. “We are up to 301 and there are 250,000 secret cables,“ Assange's lawyer Mark Stephens told reporters in London.

And when that source dries up, incidents such as the WikiLeaks affair will continue to happen from time to time through electronic interference. Someone, somewhere, always has access to some secret information. All you need then is another source such as Private Manning and another publisher such as Assange.

Selma Milovanović is a journalist with Australian daily newspaper The Age.