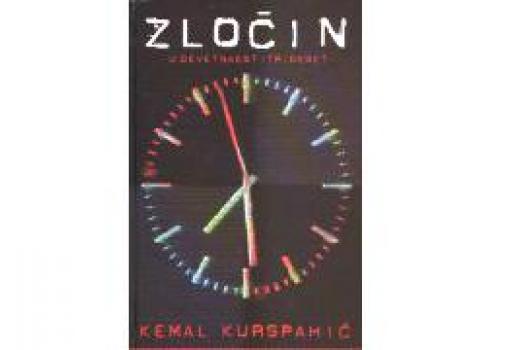 One of the most courageous journalists of our time, Kemal Kurspahic tells a riveting tale of how media malfeasance stirred up the ethnic hatreds that led to the bloody Balkan wars of the 1990s.

Drawing on extensive interviews with journalists in the region, the author recounts how·after serving Yugoslavia’s communist party for decades·key Balkan media readily shifted loyalties to nationalist ideologues, doing their warmongering for them. But Prime Time Crime is also the story of independent journalists who risked their livelihoods and their lives in an effort to tell a more balanced story. And it is a disquieting account of how the international community post-Dayton undermined the goal of creating a civil society in Bosnia by leaving the nationalists in control of the media.

In a final section, the author offers recommendations for the international community in the Balkans and comprehensive lessons for media intervention in other countries undergoing transitions to democracy.

Kemal Kurspahic was editor-in-chief of the Sarajevo daily Oslobodjenje in 1988–94. He was named the World Press Review’s International Editor of the Year in 1993 and the International Press Institute’s World Press Freedom Hero in 2000.

The author of three previous books, he currently is a spokesman for the UN Office for Drug Control and Crime Prevention Office in Vienna.

Source ("Book Description" and "About the Author"): Amazon