Having Friends in Power is Dangerous for Journalists 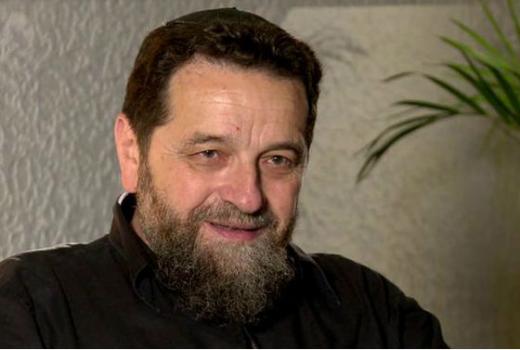 Having Friends in Power is Dangerous for Journalists

Well-experienced Polish journalist and activist, Konstanty Gebert, in an interview to Media.ba, recalled the underground journalism and lessons learnt in late 70's.

It is always very dangerous when journalists fall into a trap of self-admiration, led by the success of an ideology or a party that was in opposition from where journalists acted, fighting against a government. This is one of the lessons that Konstanty Gebert learnt working as a journalist in Poland around the fall of communism almost three decades ago. Among the most important ideas about journalism that he shared, in an interview with Media.ba, is that our job is always to investigate those in power and that we should never feel too good about ourselves either.

Gebert is a Polish journalist and a Jewish activist, and one of the most significant war correspondents of various Polish daily newspapers. He was one of the main organizers of the Flying University, an underground educational enterprise that secretly operated in Poland in the late 70's. Since 1992 Gebert works for the daily newspaper Gazeta Wyborcza, for which he reported during the wars in Yugoslavia.

He spoke about the underground concept of journalism that had a great success in Poland and about alternative ways for creating sustainable media outlets without typical founding sources.

As a member of Flying University in the late 70's you were trying to provide Polish youth with an informal education. How much is this “informal” part also important in journalism nowadays? Is there any possibility for a journalist who works for mainstream media outlets to act in harmony with ethical and professional standards of journalism – truth, objectivity, independence or only “underground” media systems could be considered as a correct solution?

There is no good answer to that question. First of all, there is no such a thing as an absolute loyalty to the truth. You don’t need to be a journalist, we know that in everyday life. We don’t always say the truth and not necessarily because we are under pressure or intimidated, but because at times that’s not feasible or possibly even not moral. So, the idea that there’s a way of doing journalism which consists of being exclusively loyal to the truth is naive. It is also naive to think that you can be more loyal to the truth when working in a small underground outlet. Small underground outlets tend to have their own political and ideological agendas and if your truth happens to contradict that agenda – you are just as much in trouble as if you were in a mainstream publication. It’s obvious that there is no clear solution.

I think it’s possible to remain reasonably objective in being a journalist within the mainstream media if this is the goal of the media you work for. That is, if the owner or the editor decide that doing your job professionally is what sells the newspaper. It still doesn’t mean that the paper will not have political agenda on its own. The New York Times of course has a political agenda as broadly liberal democratic newspaper. But, frankly, it’s much better to work in a paper that has a liberal democratic agenda than to work in a paper that has a nationalist agenda. However, in many cases, the owners and the editors of media make a conscious decision that what sells the newspaper is not going after the truth but promoting a certain point of view. If this is announced clearly on the masthead, I don’t see a problem. If we don’t like that particular point of view, we don’t go to work there, we go elsewhere. But in most cases, media that do not intend to be objective, proclaim themselves objective. This creates fundamental conflict of conscience for journalists working there.

One of the things that made Poland successful in changing its media scene after ’89 was that specific concept of underground press. If you look back at that period what would you single out as your greatest strength and why we can’t see that revolutionariness in journalism today?

First of all, yes, we were very successful in the underground press, actually we were astonishingly successful. As we found out later, four million Poles had regular access to the underground press. Four million! We got effectively broken the government information monopoly. I actually remember we once published a circular issued by the district prosecutor in a small Polish town who said that if you are doing house search in a criminal case and you don’t find any underground publications, you have to assume that inhabitants have been forewarned. In other words, the prosecutor was telling his employees that it is not normal to not find underground newspapers in an average Polish home. It was astounding success and I'm mostly proud of it. We own that astounding success to how we wrote about the government. And another part of this success, I have to say very proudly, most of what we wrote about the government was justified, we didn’t engage to witness propaganda, we tried to check our facts.

And then, what went wrong?

In ‘89, thanks also to underground press, the situation shifted and now our friends were in power and we didn’t investigate them the way we investigated communists. It took us maybe two years to realize that for journalists to have friends in power is a disaster. We felt wonderful – I mean I want to find out what’s happening in the Ministry of the Interior, I just give my buddy, who is deputy minister, a call. This is a disaster for a journalist because once they are in power they are no longer friends. Once they are in power they are enemies and it is our job to investigate them as hard as we investigated the bastards before. It took us two or three years to learn that. My newspaper Gazeta Wyborcza which was previously underground, emerged in ‘89 and became the most successful daily newspaper. Yes, we really capitalized of the experience of the underground press, but the most successful weekly in Poland of that time was called Nie, which in Polish means 'No', and that newspaper was published by the former spokesman of the communist government and he investigated us. And the bastard made the fortune out of that newspaper. We gave that fortune to him. He was doing what we should have been doing and were not. It’s always very dangerous when journalists fall into this trap of self-admiration. Our job is always to investigate those in power and we should never feel too good about ourselves either.

But the question is what happens if nothing changes if we uncover corruption scandals and readers say so politicians take money, what else is new, forget it. Well, not much, but this doesn’t mean we can stop doing what we are doing. There is this wonderful Hasidic tail - the Hasidi were mystical Jewish sect in Europe before the war. So, there is this righteous man on the marketplace in Sodom, standing on the barrel and preaching to the people and telling them you are evil, you sin, you all go to hell, you have to change. He preaches day after day and nobody listens. And then, one day a young boy stops, looks and he says – you know what, you have been standing on that barrel since before I was born. You really think you can change us? And the righteous man says - well, when I came into the city I did think so and now I understand it’s not going to happen, but I have to keep on preaching, because otherwise it would mean that you have changed me.

During one of your lectures, you said how “we can’t control our thinking if don’t control our financing”. It does not matter if we receive the money from government, foreign NGO sector or from advertising – it always has to mean that we are not an independent media organization. In your opinion, what could be an alternative and how could we create sustainable concept without typical funding sources?

A very rich family that can afford to lose money on the paper that is independent is of course the best solution. This doesn’t truly happen very often, and then occasionally your very rich family can still sell The Washington Post. So, that’s not an absolute guarantee. Most newspapers survive by trying to cut deals and negotiate – don't put too much of your money in one basket, have a diversified portfolio of advertisement. This strategy is not entirely satisfactory but it prevents you from falling into a major trap of dependence. What is being tried in many different places all over, is reader supported newspapers. This works best with Internet media because they are least expensive. I can’t really imagine a viewer supported TV station – the cost are prohibitive, but maybe what’s going to happen is that we will have more and more small reader supported media. Reader supported – not entirely, this is not doable, but with reader support be a kind of cushion on which you can rely if relations with one of your major sources of income become bad. Then you can tell, for example, an advertiser who says If you don’t give a public review of my product, I will withdraw the advertisement: Sure, do that, we’ll tell the reader. And this actually can scare the guy into not withdraw the advertisement. Because the readers are also consumers. But all this really works only for small publications. In some democratic countries, the government thinks it’s their obligation to support free media by giving tax breaks and grants. This is obviously very dangerous because then you go in the bed with the government and that’s never a safe place to be. Woody Allen once famously said that, about the biblical prophecy that the lion will sleep with the lamb: Well yes, but the lamb won't get much sleep.

Another way of going around this is to link resources. In Indonesia, there is an extraordinary network of local radio stations 68H and it’s basically a network of small local stations that support each other by allowing them to cross broadcast their stories. Indonesia is 1000 small islands - if you live somewhere outside of Bali, you don’t really get the news from Jakarta. But if your local radio station is part of the network than not only you get your local news, but you also get news from Jakarta. More interestingly, you discover, for example, this big corruption scandal involving a governor. Now, you’re a small island far away, you’re the radio and the governor is very big. You’re scared to broadcast this, so you send it first to an island on the other end of archipelago, they broadcast it and you rebroadcast it. So, there are creative ways of going around this.