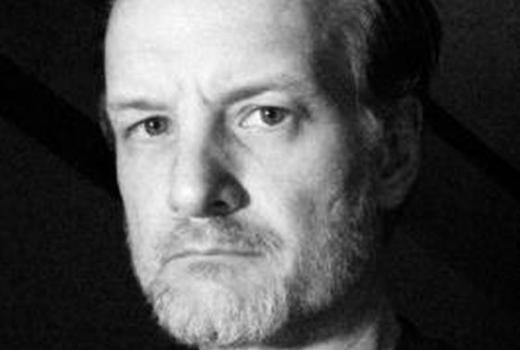 British photographer Paul Lowe, who was presiding the Balkans Photo Award 2015, speaks about the significance of photography and photo reports for countries such as Bosnia and Herzegovina and his work with young photographers from the country and the region.

The Presidnet of Jury of Balkan Photo Award, Paul Lowe, in an interview to Media.ba spoke about photography, inspiration, Bosnian-Herzegovinian society, the past and about what attracts the eye of a photographer.

Paul Lowe is a British photographer dividing his time between Sarajevo and London. He has covered breaking news all over the world, including the fall of the Berlin Wall, Nelson Mandela’s release, the conflict in the former Yugoslavia and the destruction of Grozny.

Nowadays, Lowe is a consultant for World Press Photo and the overall course director of the Masters program in Photojournalism and Documentary Photography at the London College of Communication.

Lowe said that the beauty of the nature in the Balkans and the scenes of thousands of refugees, passing for months in efforts to reach Western European countries, were the most common themes of this year's entries on the regional festival which was created after a five-year organization of workshops and awards within the Photograph of the Year of Bosnia and Herzegovina.

You are the president of the jury for the Balkans Photo Award 2015, which is to be awarded on January 29th. How would you describe subjects of this year’s entries, what do they tell you about the state of Bosnia and the region today?

Two main themes that emerged from the competition were the natural beauty of Bosnia and the region, which I don’t think is fully appreciated in other countries; and the concern of photographers with the refugee crisis and how those fleeing conflict in the Middle East are being treated here. It’s ironic that we are seeing these dramatic pictures of thousands of people trying to reach safety,  twenty years after we saw the same pictures but of our own refugees from the conflict here.

In 2005, you published a photographic study of wartime and post-war Bosnia. How did you see the country back then and what has changed in your perception of it since?

In many ways things are still the same, sadly the same divisions that were created by the war and by the Dayton agreement are still dominating the social and political life of the country. But also the humour, humanity and spirit of the people of Bosnia is still as strong.

Can photography, and a festival like the Balkan Photo Festival, contribute to better re-connection of war-damaged societies? Do you maybe see some of the same details and motives on photos from photographers from different countries of ex-Yugoslavia?

I would say yes, photography is a wonderful way to show how other people live in other places, and having a regional competition like this is a fantastic way to make the connections between our countries and photographers stronger and deeper.

In your opinion, what is the role of professional photojournalists in covering conflicts in today’s environment of social media and citizen journalism?

The role of the professional photographer is still very important, citizen journalists only take one or two images of a situation, and they come and go, professional photojournalists cover a story, with a narrative, and stay on the story for long periods of time. None of the stories about the refugee crisis in the competition could have been made by ‘citizen journalists’, they would have left after the first day.

One of your focuses has been working on educational programs for developing world photographers. What is your advice to young photographers in Bosnia today?

Work hard, be patient, and focus on stories that really matter to you that you really care about.

“Being a Photojournalist – Techniques of Documentary Photography”