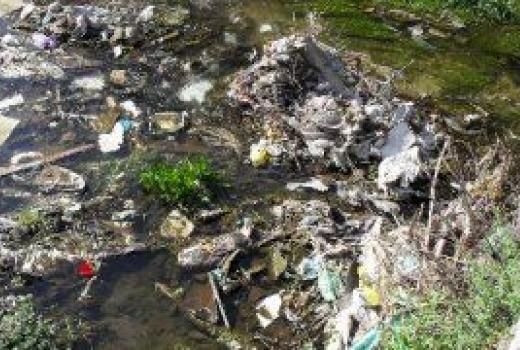 It is going to take about a billion Euros over the next 25 years for Montenegro to solve its problems with water supply, construction of utility infrastructure and managing wastewater and waste.

One of Montenegro’s greater problems is the unresolved issue of waste management and illegal waste dumps sprouting in unimaginable locations. The problem, visible at every step, is caused both by the irresponsibility and lack of living culture of citizens of this small state, the recently passed legal regulations, and a lack of regular inspection and the absence of sanctioning.

It is going to take about a billion Euros over the next 25 years for Montenegro to solve its problems with water supply, construction of utility infrastructure (above all, sanitary waste dumps), and managing wastewater and waste.

“This presents a truly great challenge not only to local self-government units, but also to the state as a whole,” said Deputy Minister of Spatial Planning Siniša Stanković.

Montenegro is about 32 million Euros short for constructing regional waste dumps in Bijelo Polje and Berane, and the European Investment Bank is suggesting investing in a single waste dump in the north of our country to cater to the needs of all seven of the surrounding municipalities. The EIB pledged an additional two million Euros for the construction of a wastewater treatment plant at the Livade site in Podgorica, where the Government of Spain funded the construction of a regional waste dump and a recycling center.

Montenegro’s capital is finally getting a recycling center whose construction, according to the managing director of Deponije Momčilo Janković, is due as soon as January of next year.

The Minister of Spatial Planning and Environment Branimir Gvozdenović pointed out that funding for the majority of the projects in the north of the state are secured throughout 2010 and for the greater part of 2011 as well. According to the minister, funding for waste dumps in Bijelo Polje and Berane and sewage infrastructure systems in Tivat and Ulcinj have not yet been secured.

In mid-May, the Government of Montenegro is going to adopt a decision to award a contract to the best bidder for the construction project for the “Regional Sanitary Waste Dump and Recycling Center,” with a total area of 7.5 hectares (18.5 acres). The value of the public procurement is estimated at 15,000 Euros with VAT.

The application of the Law on Waste Management commenced with New Year’s, the Ministry for Spatial Planning and Environment decided. About 1.6 million Euros from the capital budget and 200,000 Euros of foreign donations will be spent on project documentation for the construction of regional waste dumps and as much as 120 million Euros over the period until 2014 for their construction!

The head of the Department for the Coordination of Public Utilities Igor Jovanović announced capital investments in the area over the next four years. “The strategic master plan for waste management on the state level anticipates around 120 million Euros of investments until 2014 in the area of waste management in Montenegro. These are funds for the construction of regional sanitary waste dumps, sanitation of waste dumps, solving the issue of storing hazardous waste, and better equipping public utility enterprises.”

Waste dumps in Kotor, Nikšić, Bar and Bijelo Polje will cost from 60 to 70 million Euros. One month ago, the Ministry for Finance signed a contract with the European Investment Bank worth 27 million Euros, intended for projects of solid waste management. A waste dump catering to the needs of the capital, Cetinje and Danilovgrad has already been operating for two years in Podgorica. Igor Jovanović says that over the next two years the plan is to construct a regional recycling center and waste-vehicle treatment facility at the site of the Podgorica waste dump. The Deputy Minister of Spatial Planning and Environment Siniša Stanković emphasized that municipalities must by the end of 2010 secure appropriate waste containers and place them throughout the territory on which they collect waste.

Montenegro has over 100,000 tons of hazardous waste presenting a great problem, said the Minister of Finance Igor Lukšić.

Due to the lack of a waste dump and treatment infrastructure, Montenegro is exporting its hazardous waste. The largest producers are Željezara, KAP, Bijela Ship Construction, Arsenal, and the Pljevlje Power Plant. Hazardous waste is exported to Sweden, Austria, Slovenia, and Serbia.

Although the Environmental Protection Agency claims that hazardous waste must be exported and treated according to regulations, the situation is different concerning medical waste, according to data from the Feasibility Study on Medical Waste Management in Montenegro. The document states that the Clinical Center, general and specialized hospitals, and health centers annually produce 654,634.07 kilos (1.4 million lbs) of hazardous infectious waste, only a part of which is treated adequately while the rest ends up in waste containers posing a threat to health and the environment.

The National Medical Waste Management Strategy was passed in July 2008. A waste dump for storage and sanitation of this type of waste was not selected until May 2009.

The Ministry of Health recently estimated that 2,960,505 Euros are needed to fund and construct facilities, and manage medical waste in Montenegro.

Professor Petar Živković stresses the Ribnice spring, Komanski Bridge, Kakaricka Valley and Kokote as the most critical ecological points in the capital’s territory, with regard to the fact that there are many more makeshift waste dumps.