Accessing information in Bosnia and Herzegovina 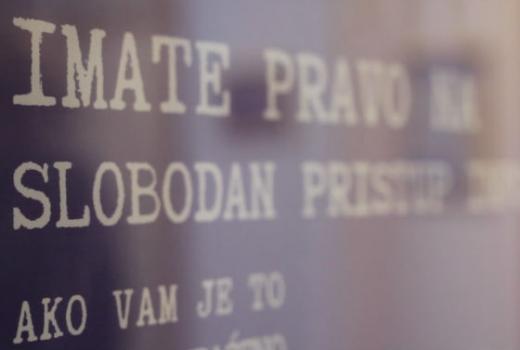 Accessing information in Bosnia and Herzegovina

All too often, institutions in Bosnia and Herzegovina ignore requests for access to information, give only partial answers, or do not reply within the statutory deadline.

In Bosnia and Herzegovina, most institutions do not comply with the Law on free access to information. Transparency International in Bosnia and Herzegovina reported that only 40% of public companies in the Republika Srpska and only 27% of those in the Federation of BiH reply on time, and in 37% of cases the procedure lasts well over a month, although the term provided by law is 15 days.

Each year, Transparency International (TI) in Bosnia and Herzegovina monitors compliance with the Law on free access to information by sending requests for information to various levels of administration. It turns out, most public companies believe that this law does not affect them.

"They often appealed to business interests linked to the contracts on public procurement or privacy. In some cases they only allowed to see the documents in person and in their offices (contrary to the law, ed.), and they often rejected requests saying that the information was not of public interest", says Ivana Koraljić, spokesperson of Transparency International in Bosnia and Herzegovina.

Last year, Transparency International BiH filed 51 complaints related to lack of response by public companies and institutions, 237 reminders, and 136 appeals. Although it takes 12 to 18 months for court proceedings to start – which, by the way, makes the information requested irrelevant to current affairs – appeals remain the only way to obtain important information.

However, sometimes even rulings are not enough to obtain information. Korajlić notes that Transparency International has not received information on the privatisation of the shopping centre Boska Banjaluka and the Bobar Banka case, as institutions have ignored all requests and appeals.

The Center for Investigative Journalism (CIN) in Sarajevo also started legal proceedings for lack of access to information. Out of seven appeals filed so far against institutions, five have been granted, one rejected, and one is still in progress.

"At the end of 2015, the Sarajevo Cantonal Court granted recognition to the CIN's appeal filed against the healthcare institution Dom zdravlja of the Sarajevo Canton, which had refused to hand over data on their permanent and temporary employees. The Administration in question refused our request by appealing to professional secrecy. However, the Court ordered to hand over the requested data. After that, we were able to publish a piece on how the KS healthcare company, in violation of legal procedures, hired nearly 600 people in the period 2007- 2010, including friends and cousins ​​of its own employees and local government staff. Prior to this, CIN had denounced the Agency for state services, the Ministry of Foreign Affairs, the Border Police, and the Parliamentary Assembly Secretariat", says Jasna Fetahović, journalist at CIN.

Thanks for the untimely reply

One of the easiest ways to hinder the work of journalists, besides ignoring requests, is to deliver incomplete or irrelevant data – but also to deliver accurate, reliable, and complete information, just very late. Journalists struggle with these issues daily, particularly when appealing to the Law on free access to information, both at the level of the Entities and at the level of the state.

"Some institutions – or individuals who work in these institutions – believe that the information on distribution of funding, tenders, and the like are protected by privacy. This leaves citizens in the dark about how their money is spent", says Fetahović.

The paradigm of public communication

The experience of Dejan Šajinović, journalist of Banja Luka daily Nezavisne novine, confirms that the main problem is that institutions do not provide the required data or, if they do, they do not respect deadlines.

"The public is not aware that public officials and individuals who are supposed to work in the public interest are obliged to answer every question as well as to inform us about what's happening, regardless of questions", says Šajinović.

Vanja Stokić, journalist at e-trafika.net portal, cannot boast positive experiences on the application of the Law on free access to information either. "I waited for a reply by the Brčko District Government for over a month. I kept calling them and sending them e-mails, but there was always an excuse – someone was always on vacation, sick leave, or in travel. Eventually, their spokesperson literally said, 'You told me that we had to deliver you the information by a certain date and we did not, what do you want from us now?'. They believed they could fail to answer and get away with it. I insisted, in the meantime they declared me mentally ill – I'm not kidding! – and mailed me the answers even though I had asked to reply by e-mail. An avalanche of photocopied documents, some illegible because full pages are completely black", told Stokić to Media Centar. 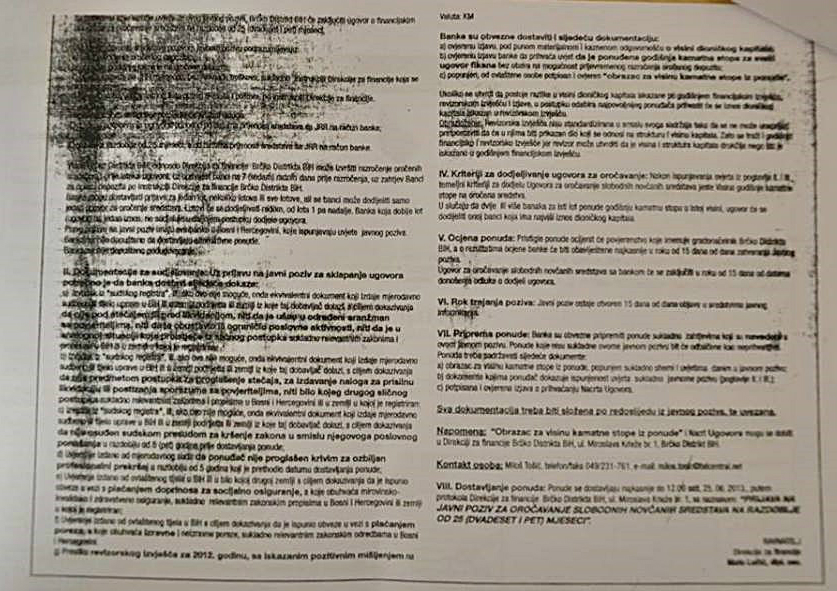 Document delivered to Vanja Stokic, from the Brcko District Government

"It all depends on the importance of the topic – better, on how important they believe the information is", says Andrijana Pisarević, journalist at SrpskaCaffe portal. Pisarević says that she has received phone calls asking her not to enquire about some things.

Stefan Mačkić, who received the EU award for investigative journalism in 2016, believes the biggest problem is not the misinterpretation of the rules, but the constancy of claimants. "Public bodies rarely respect the law, so claimants do not know how to affirm their rights when they receive incomplete, incorrect, or irrelevant answers. Sometimes, public bodies deliver some information that was not even required, thinking they have done their job".

According to Mačkić's experience, various public institutions have not replied to his requests because they had been sent by e-mail, although both entities, the Federation and the RS, adopted and acknowledged electronic signatures as equal to handwritten ones.

Amendments to the Law

The Law on Free Access to Information in Bosnia and Herzegovina, currently under revision, states that all information in possession of institutions is public and that citizens should be informed in good time and in detail on the work of state bodies.

"Access to information enables citizens to control their elected representatives and protect themselves against malpractice, but also to take part in power management and good governance, which implies an open government that works on principles of effectiveness, transparency, and legality", reads a note by the Ombudsman of Bosnia and Herzegovina, an advisory body that monitors the implementation of the law and issues recommendations on the publication of information – recommendations that are, however, not binding.

The new design of the Law on free access to information introduces restrictions to access, thus adding many more uncertainties than it should eliminate. All those restrictions, "uncertainties", impossibilities, and prohibitions cause a very important effect – to turn journalists into megaphones or force them to abandon the craft.