Bosnia: possibility of an event 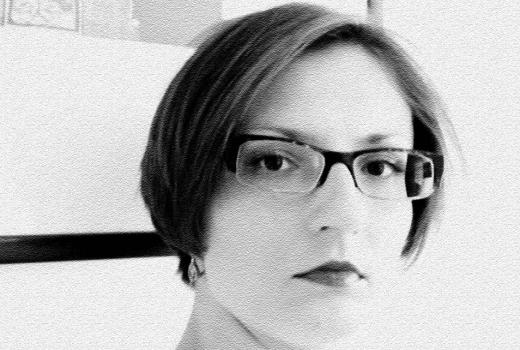 Bosnia: possibility of an event

By insisting exclusively on the demands to the government to fulfill their obligations towards citizens, the protests and the citizens’ assemblies are, at this time, the only way to keep the possibility of the emerging of a new political and social horizon in Bosnia-Herzegovina – open.

Not so long ago in Utrecht, I participated in a discussion about the JMBG protests that took place in Bosnia-Herzegovina in June 2013, about activism in ethnically divided and transitional societies, and about the role of the international community in all of this. The participants were activists and professionals of various profiles, from young Dutch people interested in social movements in Southeastern Europe, to experts on the Balkans, such as one internationally renowned professional of a large think tank, who moderated our discussion. In a short time span, we were supposed to go through many important questions: whether these protests have the potential to bridge the ethnic divisions in B-H; why so few people went to the streets during the JMBG protests; why the protesters’ demands to the government were not precisely articulated; and, how should the international community reach out to the grassroots, to encourage the processes that would break ‘Balkan apathy’, especially the apathy of young people. 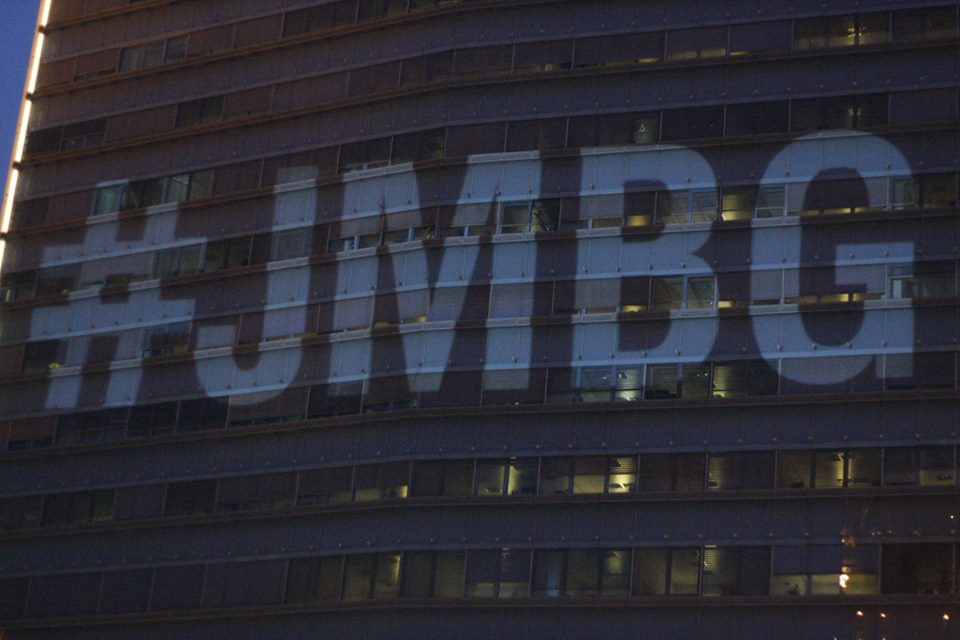 The only significant observation that I made in this discussion was another confirmation of the gap between the normative, positivistic monopoly on narrating/framing a particular reality, and the possibility of knowing anything else that does not fit into it accordingly. The JMBG protests did not in any way fit the frame of ethnically divided B-H society, and all my attempts to draw attention to the everyday social and existential problems of the B-H inhabitants ended with the moderator’s insistence on ethnic identity as the most important category defining Balkan reality. Similarly, all attempts to call for a critical unpacking of ‘Balkan apathy’ were ended by a quantitative argument about the small numbers of people who turned out in the streets during the JMBG protests. As an anthropologist who had just returned from B-H after a year of fieldwork, I was only able to resign myself to frustrated thoughts about how this kind of expert knowledge would not be able to recognize a social movement if a pile of car tires were set on fire right under its balcony.
At this discussion, it was futile to even consider talking about the event, as elaborated by Alain Badiou, and about the process of trans/formation of the subject through such an event. For Bosnia-Herzegovina, the JMBG protests were one such event par excellence – brutal, frontal collision with the utmost limit of the ethnonationalist symbolic order which had killed – ontologically and literally – two new-born human beings before they even had a chance to be formed by it. This event stripped naked the fissure between the totalitarian narrative of what is real and the impossibility of human life in it. Condemning to death the yet unformed subject, who did not yet have the chance to defend or breach this particular symbolic order with its own life, was the implosion of its own narrative that opened up as an encounter with that undeterminable, elusive Lacanian Real, which revealed the ethnonationalist narrative as a lie, a mask, a conjuring. The experience of the Real can be horrifying and frightening, as it was seen by the panicked reactions of the ethnonationalist symbolic order in B-H to the JMBG protests, or it can be euphoric, as it was seen as the protesting unfolded, resembling a festival, a sudden fireworks of the inhibited, taking forms of creative, alternative re-symbolization of something new – the emergence of a new possibility. Something different was possible after all: that is the most important, yet passed over in silence, lesson of the JMBG protests. 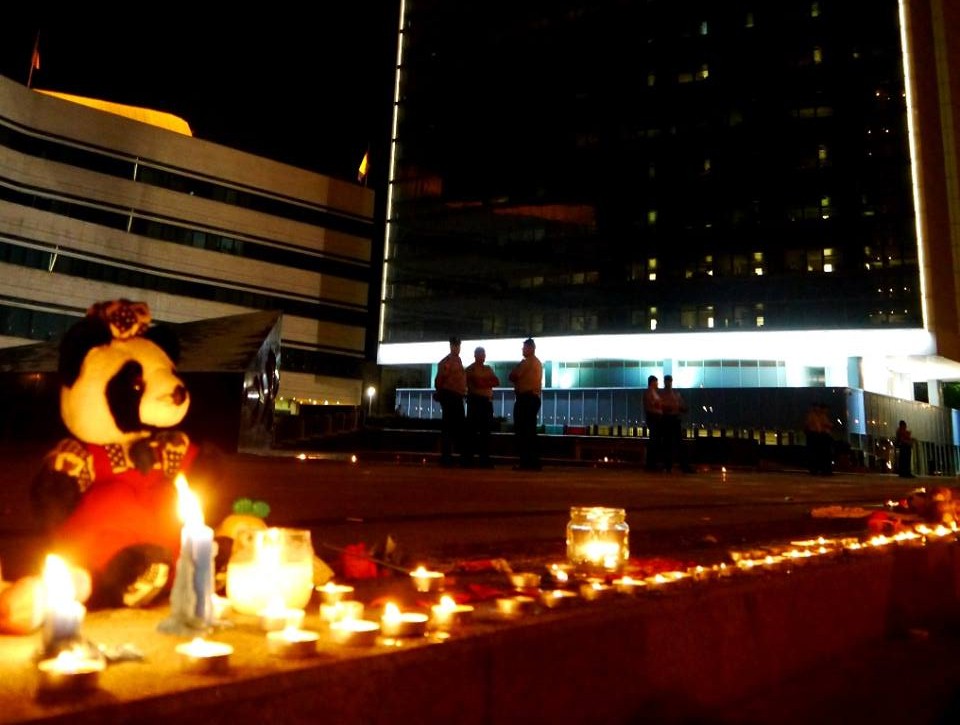 When piles of car tires and administrative buildings started burning all over B-H earlier this month, the political and expert community found itself challenged by its own ontological puzzle all over again: how is this possible, where does this come from, how to interpret this, and how to respond to this? The cowboy-style reaching for a revolver by the High Representative of the international community in B-H speaks of it best: confronted head-on with the poverty and bitterness of the population to which he usually orates about the European path for B-H, Valentin Inzko gives a panicking interview to an Austrian newspaper about the possibility of intervention by EU troops. After this militant gesture, would it really be necessary to go into all the gory details of the reaction against the protests that poured out in the past two weeks, in defense of the ethnonationalist symbolic order in B-H, stamped and sealed by the Dayton Accords as a holy book: pilgrimages of support by regional politicians to ‘their own’ ethnic communities, all combinations of conspiracy theories of ‘them’ against ‘us’, moral panic over violence and vandalism, labelling protesters as terrorists, media manipulations in reports about protests, ideological and physical threats to the participants of the citizens’ assemblies, etc.?
The ideological defense and the ontological shock from the very possibility of something new emerging on the horizon of the political and social reality in B-H is transparent in the political and analytical cynicism of the international representatives and experts on the Balkans. Stemming from this hermeneutics of cynicism, closed within the perfect schizophrenic circle of what Gregory Bateson elaborates as the ‘double bind’, comes the dominant discourse that calls on the citizens of B-H to be more active in reforming the country, but only within the parameters assigned by the Dayton Accords. Likewise, the dominant expert discourse, rooted in narratives about ‘deep ethnic hatreds’ and a ‘long history of violence’, does not envisage the possibility of anything new emerging either. That is why the protests are treated as an ontological error, an anomaly, a crisis that can turn into an ethnic bloodbath at any moment. Even the articles that call the international audience to solidarity with the B-H protesters do not manage to step out of the habitual re-inscription of the ongoing events into the existing narrative matrix on the violent Bosnian-Herzegovinian past. Citizens’ assemblies have somewhat better luck: they are seen as an exotic phenomenon in Southeast Europe, which needs to be properly explored before being certain about what we are dealing with there.
In last week’s article about the authentic political event, Slavoj Žižek writes: “Our historical experience is formed as a narrative, i.e., we always locate real occurrences within a narrative which makes them part of a meaningful storyline. Problems arise when an unexpected shattering turn of events – an outbreak of war, a deep economic crisis – can no longer be included into a consistent narrative. At that point, it all depends on how this catastrophic turn will be symbolized, on what ideological interpretation or story will impose itself and determine the general perception of the crisis.” In the past two weeks, the protests and the citizens’ assemblies across B-H have managed to resist various pressures and manipulations employed to cast these gatherings within an ideological interpretation. At the same time, they have opened up a space for a new encounter with ourselves, this time from a different perspective, far closer to the everyday social and existential needs. By insisting exclusively on the demands to the government to fulfill their obligations towards citizens, the protests and the citizens’ assemblies are, at this time, the only way to keep the possibility of the emerging of a new political and social horizon in Bosnia-Herzegovina – open. That is, for now, the only way to stay, to paraphrase Badiou, open and true to a new, authentic event.
Translation: Lefteast