Media and civil society: Neither allies nor adversaries 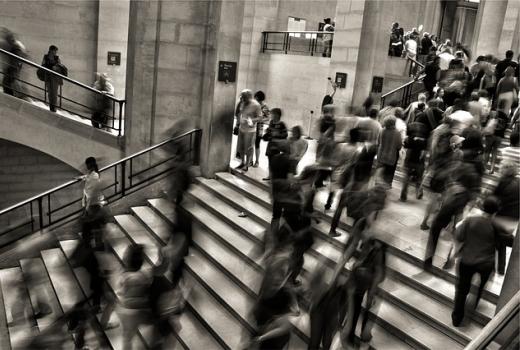 Media and civil society: Neither allies nor adversaries

Neither media nor civil society in Bosnia and Herzegovina are believed to be substantially contributing to public participation.

The global indicators of media freedom in Bosnia and Herzegovina had shown a steady growth for years in the post-war country. In the past several years, however, the positive trends were much reversed, as indicated in the declining position of BiH on global systems of monitoring media freedoms.

The market is populated by nine dailies, more than 180 different magazines, 144 radio stations, 43 television stations  and a large number of online media, but this abundance is not coupled with high media pluralism or media quality. The financially weak media market, ravished by the economic crisis and additionally affected with the migration of advertisers towards foreign and non-journalistic media, is maintaining almost the same number of media outlets over the years raises doubts about possibly conflicting sources of revenues. Against the background of scarce sources of revenues, the role of government funding has become decisive.

Local authorities are still the founders and direct financiers of 28 percent of TV stations and 44 percent of radio stations. Without assured long-term funding and with the politicized appointments of the management of these broadcasters, they can hardly have a strong public interest role, and instead are mostly perceived as mouthpieces of municipal and cantonal government(s).

Media that turn to the advertising market for revenues are hardly free from interference, given that main advertisers are controlled by key political parties. For the most part, media are perceived to be a function of particular political and business interests, while the public interest role, including reporting on civil society, is rarely among editorial priorities.

Lack of communication and cooperation within the civil sector, as well as between the civil sector, authorities and the media, is mentioned as a major challenge for civil society. Common estimates suggest there are around twelve thousands civil society organisation in Bosnia and Herzegovina, about half of that number active. In general, unwarrantably high expectations, poor communication on their functioning, as well as some claims of political affiliation and overt lavishness of civil society actors are believed to affect the level of public trust in non-government organizations, even though their main sources of revenue by far are the government institutions.

Political activism is ongoing at different levels and in different forms, but its influence on policies remains marginal. Improvement of mutual communication and cooperation between media and civil society on issues of public interest is indicated as a needed step towards greater public participation. There are six main and interconnected reasons identified in this research: a) weak messages by civil society (often focused on their activities instead of the overall ideas and policy requirements) and lack of know-how and capacities to present them in a newsworthy manner b) lack of public-interest engagement and continuous reporting by the media, as well as political interference in editorial policies c) lack of joint engagement of different segments of civil society, d) lack of joint engagement of both civil society and media in persistent promotion of issues of public interest, f) lack of responsiveness of the officials to such initiatives and pressures, and d) lack of wider citizen engagement.

This research report is based on a study conducted by Mediacentar Sarajevo, as part of regional study lead by the Albanian Media Institute.

Complete report can be downloaded here.