Dunja Mijatović: Why quality public service media has not caught on in transition societies 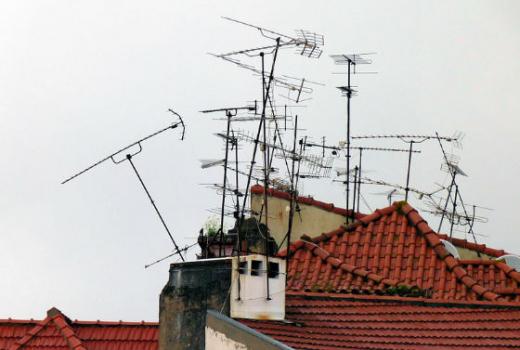 Dunja Mijatović: Why quality public service media has not caught on in transition societies

Since the 1920s, generations of western Europeans got used to the monopoly of public radio and later public television. These broadcasters developed strategies to better serve audiences and distance themselves from governments. The arrival of private broadcasters, in many cases taking place only in the 1970’s, was generally viewed as a complimentary service aimed at entertaining the public. Although public service broadcasting lost market share, it remained a respected institution in society; necessary to bring up youth, to get an objective picture of the world and cater to the interests of minorities.

Eastern Europeans also got used to the monopoly of state radio and television. Those broadcasters served the communist parties and were administered and financed by governments. Their political bankruptcy came with the collapse of communist ideology, underlined in particular by the plurality of private broadcasters that came on to the scene in the early 1990s.

These private media – with plentiful Western programming – was indeed television, for so long hidden from the viewers by totalitarian regimes. Politicians flocked to their studios to take part in talk shows, abandoning once-mighty state television. Thus, in the east, the public perception of public broadcasting was predominantly sceptical, if not negative. A discussion on its development was of tangential interest, at least during the saturation process of the new private media.

Abandoned by politicians and the public, the slow and clumsy transformation of the state broadcasters into public ones was guided by the bureaucrats, almost by themselves. The driving force behind the transformation was almost exclusively the activity of Strasbourg and Brussels. We all know that in the words of European institutions “public service broadcasting is a vital element of democracy in Europe.” Transformation of state television into a public one was a condition precedent of new democracies becoming member states of the Council of Europe in some cases. The authenticity of the transformation has been important to become a candidate for entry into the European Union and even sometimes to NATO.

Developments in younger EU member states show the importance of public service broadcasters for the development of democracy – and how they can be misused.

In December 2015, Poland‘s parliament adopted a law giving the treasury minister the mandate to appoint and dismiss members of management and supervisory boards. Since the law came into effect in January, reportedly more than 100 journalists in public media have lost their jobs, allegedly for not being government-friendly.

In March, the Croatian parliament dismissed the director general of Croatian Radio-Television. A week later, the government also proposed that parliament reject a regular report from the independent media regulator, both events raising serious concerns about the overall media freedom situation in the country.

The battle to establish credible public service broadcasters in transitional democracies has been even more difficult to wage.

The latest example is the steering board of Bosnian Radio and Television which last month decided to suspend operation of all programming at the end of this month. This decision, a wrong one for several reasons, follows years of political and financial wrangling over control of the operation.

Throughout the western Balkans, significant issues are pending affecting the independence and financial stability of public broadcasting.

A bureaucratic response to the need to establish public service broadcasters has brought predictable results. The newly established broadcasters were visibly underfunded, with formal and informal administrative links – if not strings – to governments and no clear commitments to the public. Once established, it was unclear what to do with them. Most governments viewed them as an element of bureaucracy itself, a burden to carry on the road to a united Europe. If possible and convenient, they tried to make use of them through a carrot-and-stick policy.

As such, the new public service broadcasters immediately became subject to criticism by almost anyone who wanted to speak about them. Left to survive in the monstrous buildings of brutal architecture that once belonged to powerful state television, they had to sell airtime to advertisers, beg for Western donations and save on everything.

The advance of the internet and other new technologies almost killed the whole idea of television and radio, including public service broadcasting. It was saved by the transformation process – from public service broadcasting to public service media. In the West, the BBC and other companies have struggled to make use of the changing trends in media consumption. They went online, launched smartphone applications, became interactive, archived in order to engage fragmented audiences where and when required by the viewers.

Unfortunately this is not the case in the East. Public service broadcasters at best try to appeal to the older and well-educated audiences, traditional in their use of public service media. For our children, today’s debate is not only irrelevant, it is beyond their understanding.
Is there a future?

In my view we are losing the battle and might soon lose the war. To reverse the trend, we should do the following:

Give public service broadcasters a clear-cut mandate and obligation to program for the public which, in turn, should have effective feedback and control over content. There should be programmes that cater to minorities; there should be objective news, calm and matter-of-fact debates, educational and children’s programmes.

Public service broadcasters should function independently of the government. Buffer boards, meaning councils should be established to guarantee that only an abuse of a clear-cut mandate may serve to reprimand or dismiss an editor; only mismanagement and corruption may lead to firing executive directors.

And, finally, licence fees should be introduced or increased to heighten a feeling of public ownership. We can talk about other methods of independent funding, but none of them may bring this feeling of owning an institution that serves you.

Dunja Mijatović is the Representative on Freedom of the Media for the Organization for Security and Co-operation in Europe. This article was originally published at Index on Censorship. Mediacenter is re-publishing it with the permission of the author and the editors of Index on Censorship.