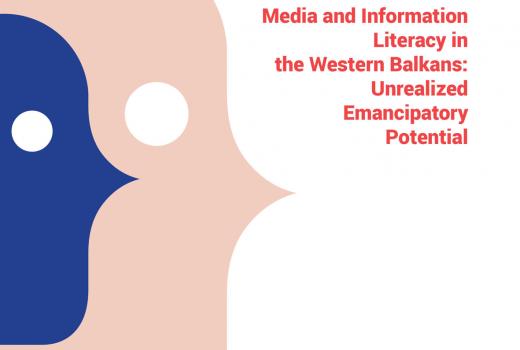 Almost two decades of the regional network of media centres and institutes in South East Europe – the South East European Network for Professionalisation of Media (SEENPM) – have been spent in attempts to intervene through regional cooperation to make the media in these countries serve democracy. Since 2000, when our network was established, dozens of regional actions have been carried out – from training and exchange of journalists, editors and media managers, the promotion of media ethics and self-regulation, mapping media ownership and its impact on media pluralism and independence, to examining labour relations in the media, developing a regional award scheme for investigative journalism, empowering journalists and activists for fact-checking and countering disinformation, and finally addressing corrupt policies and practices in the media systems and advocating for media integrity as a guiding principle of media reforms.

All our efforts for media development in the region have been about strengthening public service values in media and journalism, and contributing to informed citizenship. The main partners in our regional efforts have been actors in the media community, civil society and policy-making. Media literacy has been an occasional topic of our regional efforts while some of the individual media centres and institutes pioneered the promotion of media literacy in their respective countries.

This book is part of a coordinated regional action developed by the members of the SEENPM and supported by the European Union, to contribute, in the period 2018-2021, to the advancement of media and information literacy (MIL) in five countries of the region – Albania, Bosnia and Herzegovina, Macedonia, Montenegro and Serbia. Under the title “Media for Citizens – Citizens for Media”, the regional project in particular seeks to strengthen the role and capacity of civil society organisations in advancing MIL.

Five national research reports are presented in this book explaining the current state of MIL policies and practices in each country and elaborating in more detail different aspects of MIL development, depending on the priorities in each country – from MIL integration in the education systems of Montenegro and Serbia and the role of civil society organisations in MIL promotion in Bosnia and Herzegovina, to the engagement of public institutions, including public service broadcasters, in strengthening MIL in Albania and Macedonia. In addition, a regional overview provides comparative perspective and highlights the needs and obstacles for the use of the emancipatory potential of media and information literacy.

The research on mapping MIL policies and practices in five countries was conducted between April and October 2018. The researchers examined the 58 most relevant and concrete initiatives and actions aimed at MIL development in their countries and at regional level. Despite numerous actions and some new positive developments towards strategy development and coordinated efforts for MIL advancement in some countries, there is no country in the region with comprehensive policies and institutional framework for developing MIL in a systematic way and at scale. Media and information literacy as a condition for the empowerment and emancipation of citizens is clearly not a political priority of any government in the region, but is rather left on the margins as a toy for civil society, enthusiasts in the public sector, and international organisations.

Our regional project “Media for Citizens – Citizens for Media” recognises the potential and momentum for putting media and information literacy higher on the political agenda by mobilising and connecting different actors in national coalitions and joint advocacy actions. At the same time, it will give financial support to grassroots actors for creative efforts at local level, provide training for civil society organisations and facilitate cooperation between schools and media professionals in media pedagogy, increasing the size of the community of actors from various sectors and professions working in the field and demanding a systemic approach to media and information literacy.

This book has been published by the Mediacentar Sarajevo as a regional coordinator of the “Media for Citizens – Citizens for Media” project. The Peace Institute in Ljubljana coordinated the regional research and work on the research reports. The project partnership also includes the Albanian Media Institute, the Macedonian Institute for Media, the Montenegro Media Institute, the Novi Sad School of Journalism and SEENPM as a regional network which connects all the partners.

With this publication and the regional project we do not mean to suggest that media and information literacy is the answer to all problems and failures of media policy and media system reforms in the countries of the region. Quite to the contrary, media reforms are imperative. But we see media and information literacy as something bigger than any media policy instrument or media reform. It is about the overall potential of our societies to cope with challenges of media and information order, and its interaction with political systems of our time. It is a condition for informed citizenship, for critical thinking, and for making democracy functional.

The complete report can be found here.

The regional program “Media for Citizens – Citizens for the media: Strengthening the Capacity of NGOs for the Development of Media and Information Literacy in the Western Balkans” is implemented with the support of the European Union by partner organizations Mediacentar Sarajevo, Albanian Media Institute, Macedonian Institute for Media, Montenegrin Media Institute, Novi Sad School of Journalism, Peace Institute, SEENPM.