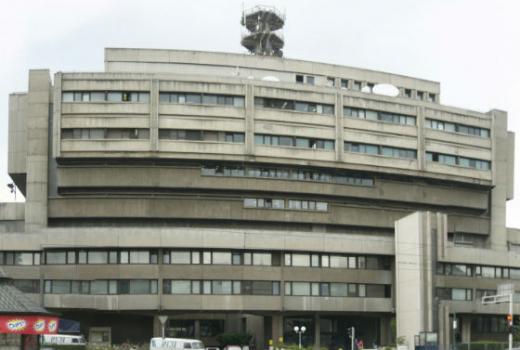 In the last eight years, BHRT incurred 19 million KM in debts, while less than 10% of the 2015 budget was spent on the program.

Data from BHRT reports over the last five years show its financial decline. In the last eight years of work, 19 million KM in debts was incurred.

Each year, BHRT costs citizens around 40 million KM. Half of the total budget is spent on employees. According to the 2015 report, 875 people work there.

The Public Broadcasting Service of B&H de facto does not exist. It is heading toward not existing on paper either. That is a result of its 11-year work (or lack thereof) and the “political” environment in which it has lived/survived.

Eleven years later, the Corporation still does not exist, the broadcasters are suing each other, and they compete in business. Employees and trade union leaders are calling on inspections, audits and law enforcement agencies to thoroughly examine BHRT management’s work in recent years.

Functions and property that were supposed to be relinquished to the Corporation for management to everyone’s benefit were kept by the broadcasters and exploited for 11 years. Thus, BHRT took over most employees from the old RTVBiH system, but it also took equipment and real property.

Many believe the final blow to the creation of the Corporation was dealt in 2008 when the entity and city governments in Banja Luka invested in erecting a new building for RTRS. In a political environment of constant inter-ethnic friction, it was an illusion, they say, to expect that management of the new building, as well as its business operations, would then be relinquished to the Corporation.

It would seem that the Law on the Public Broadcasting Service of B&H, which was passed in 2005, was created not to work. The second part of this argument was confirmed in the decade that followed.

Where is the money?

It’s afternoon in the Radio and Television (RTV) Home. The usual, decades-long semi-darkness in the corridor. A lady in her late 60’s approaches the reception desk. At first glance, of modest means, with “old-fashioned” dignified demeanor. A grandmother.

“Good afternoon. Please, where can I pay the RTV subscription fee?”

“Good afternoon, ma’am,” replies a security officer and points to a sign with an arrow, “Right there, see, that door.”

People like the lady I happened to pass by in the corridor of the RTV Home that day are becoming scarcer every year. The RTV tax collection rate has been reduced by one-third in the last six years. In millions: seven on an annual level. A large number of people, when they cancel their landlines, also stop paying the RTV tax.

Where exactly will the RTV tax that the pensioner lady paid that day go?

Under the law that is in effect, there is a 50% chance that the subscription fee will go to BHRT and 25% that it will end with each of the entity broadcasters.

If it ends up with BHRT, there is a roughly 50:50 chance that it will be spent on employee salaries and benefits because BHRT spends half of its budget on employees and uses the other half to cover all other costs. Less than 10% of the budget in 2015 was spent on the program.

Comparison of five-year data shows that BHRT’s business results have been on a downward line for years now. Everything that had brought in money experienced a downfall. The only exception is rent, which amounts to approximately 10% of the budget annually.

BHRT’s losses in the 2008-2015 period were 19 million KM, nearly half of the company’s bookkeeping value. If they increase losses by another 11 million KM, the debt will exceed the total value of registered capital.

Belmin Karamehmedović, General Director of BHRT since 2015 and part of the managing structures in the years prior to that, when asked whether BHRT was careful with spending in the past five years, said that previous directors should be asked about previous work.

“I can’t say what happened in the period before me. I was an assistant director in charge of the program and I did not have insight into the financial situation, but from what I know, I think money was never squandered here. As for the period since I have been in this position, I guarantee that I turned every dinar around a thousand times before I spent it,” says Karamehmedović.

The main reason for the downfall in operations, according to him, is the decline in collection of RTV tax and payment for services from the entity broadcasters.

What relations are currently like among the broadcasters is also shown by the fact that there are several pending court cases in which BHRT and RTVFBiH are suing each other.

Copy:
Create your own infographics

Public Broadcasters Must Radically Reexamine the Purpose of Their Existence
Dunja Mijatović: Why quality public service media has not caught on in transition societies
BHRT’s Existence Must Not Be Questioned