Joan Barata: A unique and open media market is a guarantee of pluralism and transparency 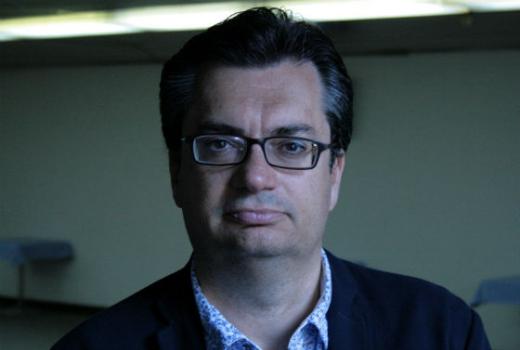 Joan Barata: A unique and open media market is a guarantee of pluralism and transparency

Interview with an international expert for freedom of expression and media law.

A single law to regulate in a comprehensive manner the whole media sector is a guarantee of respect of European standards and the transparency principle in the media sector means everything that can influence the editorial line of the media outlet must be visible, said Joan Barata, international expert for freedom of expression and media law.

Formerly the head advisor to OSCE Freedom of Media Representative, Barata is working in the field of freedom of expression, media and telecom regulation, public service broadcasting and political and legal media transition.

In mid June in Sarajevo, he participated in the conference National public radio-television service in Bosnia and Herzegovina. He spoke to Mediacentar about what should be the role of the state in regulating and ensuring a fair media environment, recommends how the media ownership transparency should be established and how to make the relationship between media and politics more visible through government intervention.

How do non-transparent relations between politics and media affect the society, the public and the citizen? What are the consequences to democracy?

The lack of transparency, both in the private and public media sector, affects media pluralism and may create serious problems when it comes to the openness and fairness of the media market. You need to take into account that issues of transparency are very important and are included, for example, in the EU Services Directive. Furthermore, international organizations are insisting that the issue of transparency, regarding ownership and relationship between media owners and managers, political parties and governments, is a basic precondition for democracies so it is something that needs to be addressed basically through a very appropriate proportional regulation.

How to recognize media clientelism and what could be the institutional mechanisms for preventing such market anomalies?

Clientelism as a market anomaly can occur and exist in both private and public media sectors. In the case of public media, it is problematic if the public broadcaster has unclear ties with the government and political parties. The same happens with the private sector. So, this needs to be addressed with a proper regulatory system, with an independent regulator, with very clear regulations, with restrictions when it comes to property, but also by reinforcing the mechanisms that guarantee professionalism, or let’s say independence of journalists who work in media outlets.

Is it possible to regulate media ownership transparency through a single act, considering both the complexity of the political system in BiH, and the fact that other laws also regulate public informing?

When it comes to media regulation, legal certainty as one of the principles of international law must be guaranteed by the national government. Having different regulations in different laws means that you need to interpret the interaction between those different laws – which is a bad thing. I think it is not only possible but strongly advisable to have one single law that covers the whole sector based on the principle of technological neutrality. Such a legal act should be a prerogative for the state, and if you take a look at other advanced systems in the world, the idea is to create one single law that regulates in a comprehensive manner the whole sector. Then of course, you also need to give some power to the regulatory authority fo the interpretation of the law, but the basic principles have to be established in one very clear, systematic law.

What is important for the public in the context of regulating the advertising market?

How to make the financing of media more visible?

Transparency is the main issue. That was the basic principle introduced in the last reform of the Audiovisual Media Services Directive from 2016, which in practice means that now all EU countries have at least the responsibility to incorporate the transparency rule into the legal system. But this transparency rule means lots of things. It means all the layers of property have to be shown, not just the first layer, but all of them. The rule of transparency also means the visibility of commercial interests, the contracts of media with advertisers, and everything else that can have influence onthe editorial line of the media outlet.

What should be the criteria for allocation of public funds for media?

There are different models in different countries. If we refer to media in general, both public and private, there are three main principles promoted by the European Law, which are objective, reasonable and non-discriminatory. If you have something that is transparent, that is objective, reasonable and non-discriminatory, than you may have a good scheme for allocation of funds. Everybody has to be aware of the rules of the game, you need to avoid any unilateral decision or discretion in the hands of the public authorities and you need to avoid any regulation that would put certain media outlets in a position of advantage in respect to others. Rules need to be clear, transparent, very objective, so the criteria to be fulfilled should not depend on political or personal will. They should be reasonable in the sense that you should be able to justify why you give more money to this outlet than to other ones. Non-discrimination means that everybody is treated in the same way, at least according to the same parameters.

This article was published within the project "Transparency of media financing: development of criteria for financing the media and advertising in public sector" which was supported by the Government of Kingdom of Netherlands through MATRA program. The author of publication is responsible for its content and stands in the article do not reflect the stands of the donor.

How to improve transparency of government funding for media?
Instead of transparency and openness - an ever-deepening secrecy