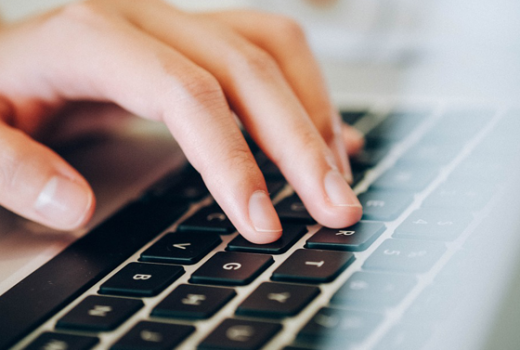 In order to ease spreading of useful information and contents on media freedoms in Europe, Osservatorio Balcani e Caucaso and European Centre for Journalists and Media Freedom, developed a new online platform - the Resource Centre.

The idea of creating a platform for discussion of media freedoms was created due to an increased pressure against the media and journalists in Europe as the public awareness of this problem still remains low.

Such situation demands a special effort of numerous associations, non-governmental sector and professional organizations, that tend to present to the citizens the important documentation on activism, as well as their analysis on media freedom.

However, sometimes it is difficult to gather and consolidate such content that is scattered over the Internet. The Resource Centre aims to be the place that simplifies the job for anyone looking for information on the state of media freedoms.

The platform also provides a list of contact centres in which the journalists, who are under some sort of threat, can demand support, as well as a list of journalism courses and trainings.

“The Resource Centre is intended to be a small step in this direction of sharing experiences and networking among those – be they journalists, media experts, grass-root organizations, who care about media freedom and pluralism in Europe. By pooling resource of different nature together, the Resource Centre facilitates exchange and fosters an integrated, cross-border approach,” Marzia Bona, editor and researcher with Osservatorio Balcani e Caucaso, OBC, told Media.ba.

The initiators of the Resource Centre found the inspiration in the Wikipedia model – a unique space where everyone is invited to contribute with their work, expertise and skills, Bona added.

Finding the right information and putting them in the right context can be a difficult job, which takes a lot of time, resources and attention. That is why the platform serves as a guide to searching digital content which then, in moments when the simple search is not enough, shows its core meaning. In that case, the guide offers to users a direct access to sources and content, for which it would usually take hours to search, examine and put in the right context, because it is possible to find based on a search by regions, topics and types of sources.

One of the most significant tools of the Resource Centre is a tool for networking, which encourages an exchange of knowledge, both among users and institutions that produce the content.

“There are networking initiatives already in place at the European level, and most of them are effective. Yet, there is one limit to them, consisting in the fact that they tend to bring together professionals who already share a similar background,” Bona said, “With the Resource Centre we aim to expand the scope of the networking effort by bringing together in the same place resources and tools which target both journalists, media experts, and the public opinion. It is risky but worthwhile to undertake this endeavour, first and foremost to contribute overcoming the isolation otherwise affecting the topic of media freedom.”

Problems exist in other European countries, as well as in the Balkans

The Resource Centre has a tough task to be one of the important elements in combating the intimidation of journalists across Europe. Currently, the problem of (non)existence of media freedom in Europe is worsened by the “poisoning combination of different elements” according to Bona.

“On the one hand, there are ‘traditional’ forms of political and economic pressures and the abuse of legislative measures which have always existed. At the same time, new forms of pressure are exerted in the online space, involving orchestrated digital smear campaigns, threats to online security and the control over Internet service providers - these sort of attacks against freedom of information were less common in previous years, but demonstrate an equally disruptive impact,” she added.

Speaking of the Balkans, Bona said that the concentration of media ownership and an incomprehensible division of state advertising, elements which in many ways affect the professional reporting in our region, because they lead to self-censorship and erosion of professional standards. Still, there are problems in other European countries.

“There is no doubt that the situation is very serious in the Balkans, but this shall in no way distract our attention from the challenges affecting other European countries. Let me just mention the recent development in Poland as a proof of this. It is the first time that the EU acts under the Rule of Law framework. It has brought the Commission to set a ‘structured dialogue’ with Poland, which is quite an unprecedented step and points to the fact that in Brussels they have realized that media freedom is not an issue only in the Western Balkans and that measures must be undertaken also for member states,“ Bona concluded.

Ethical Journalism: The Gateway to Press Freedom and Democracy
Freedom from expression
Crossing the line of slander: from online intimidation and sexual harassment to death threats