Returning public interest to the relations between public sector and media 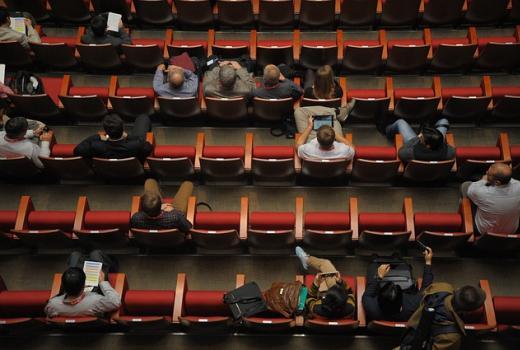 Returning public interest to the relations between public sector and media

"Returning the public interests in the financial relations between the public sector and the media" is a policy paper produced as a part of advocacy actions of Mediacentar Sarajevo, within the SEE Media Observatory project. The paper provides an analysis of the financial relations between the government and the media in Bosnia and Herzegovina and offers recommendations for policy changes through which public interest would become the central principle of these relations.

Experiences from other countries suggest that commercial revenues of small media markets, such as Bosnia and Herzegovina, are not sufficient for sustainable media sector, and thus the funding from the government budget can be important factors of media sustainability and protection of public interests in the media sphere.

In Bosnia and Herzegovina, government institutions provide significant funding for media, through different patterns, including direct funding for public media, donations, payed content such as promotional campaigns, chronicles, coverage of assembly meetings etc, as well as the funds for advertising. All of these models of funding are not sufficiently regulated and they do not fulfill the minimum conditions under which the public interest would have been promoted.

Some of the key problems are:

It is not clear to what extent these flawed patterns of funding are misused, since there is no regular monitoring, but there are speculations pointing to instrumentalisation for particular business or political interests. What is certain is that there there are no appropriate procedural guaranties of transparency and legitimacy of different means of funding of media from the public budgets. The Anti-Corruption Strategy and Action plan envisage the increase of the financial transparency, but the capacities and mandate of relevant institutions is not sufficient to ensure progress in this regard.

The paper points to a conclusion that it is utterly questionable to which extent the public interest is promoted in the government funding for media, and that therefore urgent and substantial policy changes are needed.

Recommendations provided in the policy paper pertain to the promotion of the transparency, revision of the models of the funding, ensuring sufficient resources and independent management over these resources and independent allocation of funds. Transparency is the first step towards public accountability and the protection of public interests, but thorough reforms are needed in all aspects of these relations in order to make the public interests a part of the traditional funding patterns, and in order to bring new approaches in these patterns, which would respond to the current crisis of journalism.